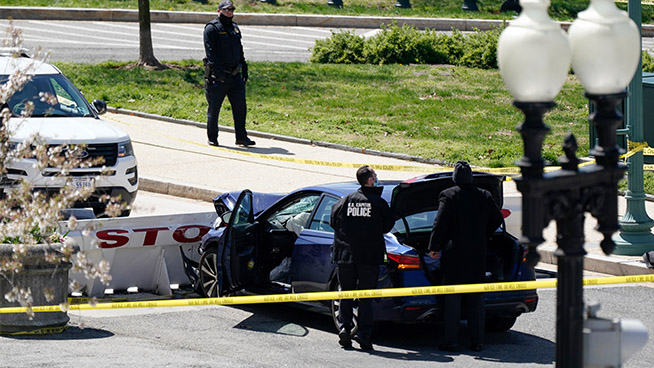 WASHINGTON (AP) — A car has rammed a barricade outside the U.S. Capitol, injuring two Capitol Police officers and leading to the driver being shot. That’s according to two law enforcement officials who spoke to The Associated Press on Friday afternoon on condition of anonymity as the event was unfolding. At least one officer was in serious condition. The driver is in critical condition. The incident comes as the Washington region remains on edge months after a mob of armed insurrectionists stormed the U.S. Capitol as Congress was voting to certify Joe Biden’s presidential win. The Capitol complex was placed on lockdown after the shooting and staff were told they could not enter or exit buildings, reported by Michael Balsamo and Colleen Long of the Associated Press.