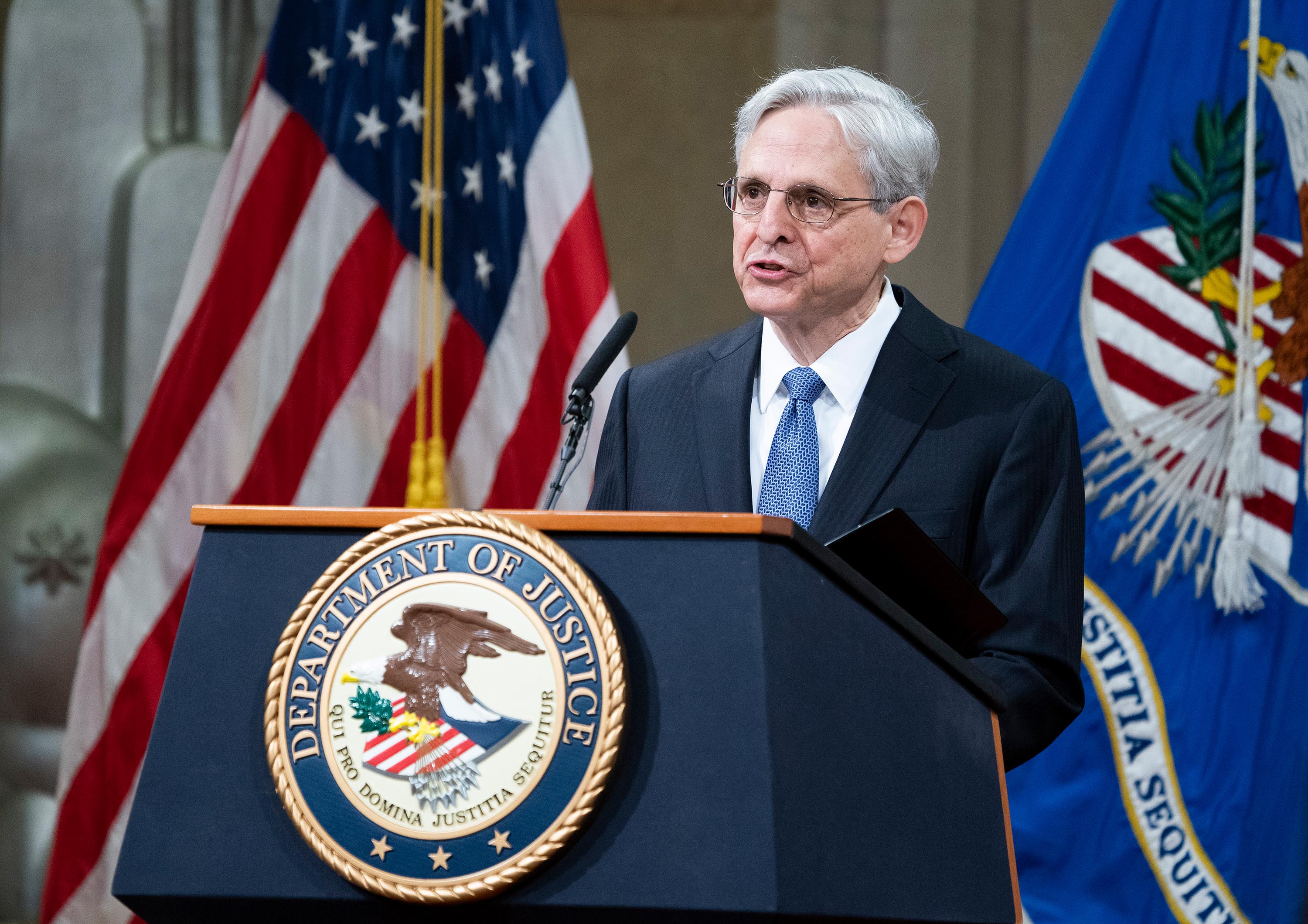 Attorney General Merrick Garland announced on Friday that the Justice Department is rescinding a Trump-era memo that limited the use of consent decrees that hold police departments accused of misconduct accountable.

Garland’s decision to rescind the restrictive rules comes after years of civil unrest due to the police-involved killings of Black men and women across the country.

With a consent decree, a judge can keep tabs on a police department to make sure it’s in compliance to the court-ordered agreement.

“This memorandum makes clear that the Department will use all appropriate legal authorities to safeguard civil rights and protect the environment, consistent with longstanding Departmental practice and informed by the expertise of the Department’s career workforce,” Garland said in a statement on Friday.

The last consent decree was issued against the Ferguson, Missouri, police department as a result of the 2014 death of Michael Brown, an 18-year-old Black teen who was shot and killed by Officer Darren Wilson. Vanita Gupta was the acting head of the Justice Department’s Civil Rights Division at the time.

Gupta is expected to return to the Justice Department as its associate attorney general once the Senate votes for her confirmation.

“Our commitment to equal justice is a whole of department effort,” Garland said. “That effort will involve work by our grant making components to help police departments around the country improve their practices through funding and technical assistance, leverage to promote policing policies that benefit communities and enhance trust.”

Miriam Krinsky, the founder of Just and Fair Prosecution, applauded the decision to rescind the previous “deeply damaging memos that inhibit the ability to advance all-important reforms in policing.”

“As the ongoing and never-ending pattern of tragic police shootings around our nation demonstrate, our country must use every tool at its disposal to seek justice, transform the criminal legal system, and earn community trust,” Krinsky said in a statement to CNN. “These issues have never been more dire. And let’s hope that this is the first of many acts by our new Administration and new AG to turn the corner and bring a new vision forward to policing, police reform and enhanced police accountability.”

Garland testified in February during his Senate confirmation hearing that consent decrees are an “important tool” given by Congress to the Justice Department to have the “authority and the responsibility to investigate patterns or practices of law enforcement entities’ conduct that violate the Constitution and laws of the United States.”

Former Attorney General Jeff Sessions was fired by Trump in November 2018, but before then he issued a memorandum that removed the discretion from local US attorneys to seek civil litigation and enter into a consent decree settlement. Sessions required that consent decrees with state and local government entities should be given notice and approved by senior officials in the Justice Department.

During Session’s Senate confirmation hearing in January 2017, he testified that he was concerned about the effectiveness of consent decrees and saw them as punishing an entire department because of one bad apple.

“These lawsuits undermine the respect for police officers and create an impression that the entire department is not doing their work consistent with fidelity to law and fairness, and we need to be careful before we do that,” Sessions said at the time.