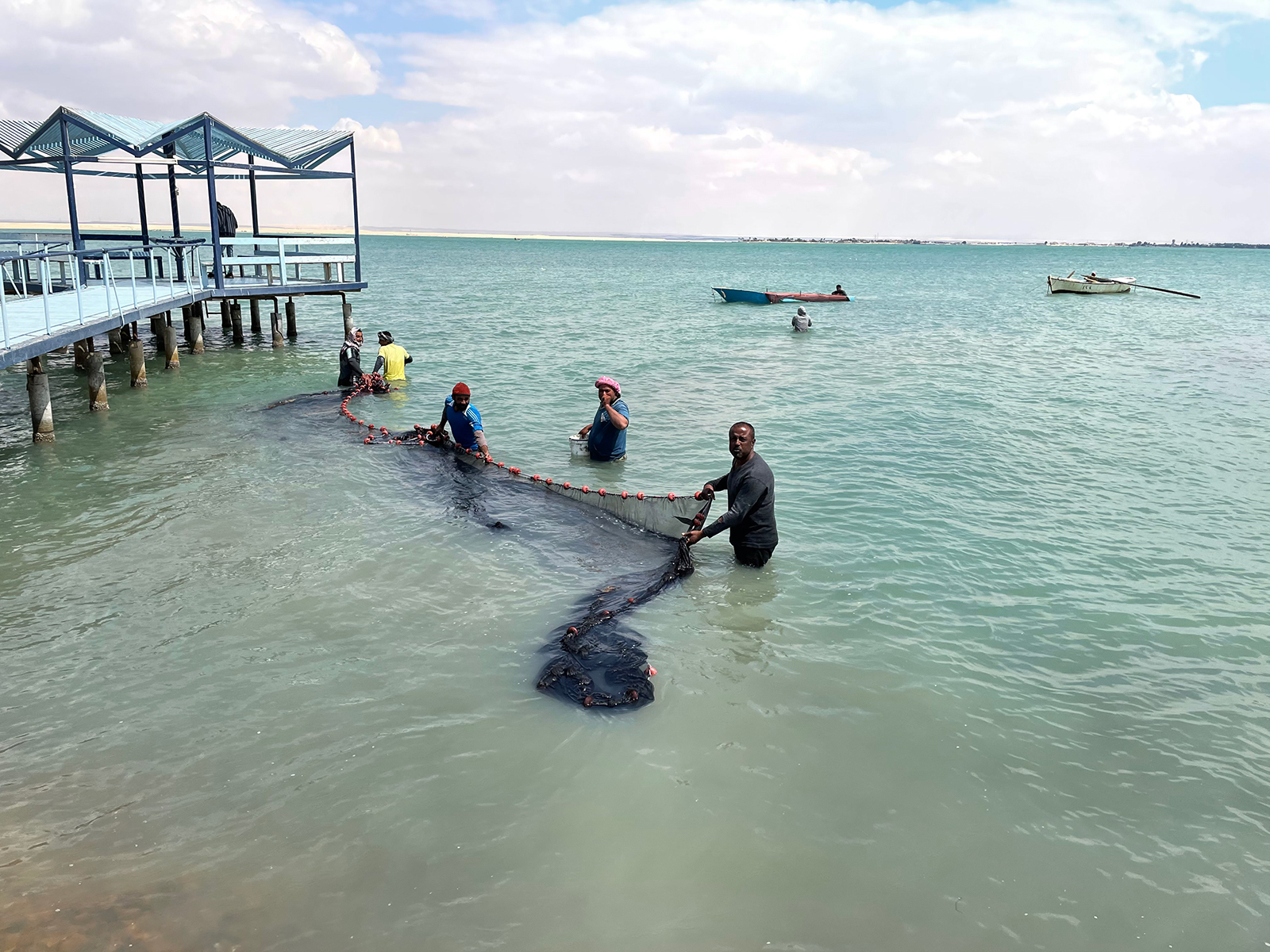 For the first time in 40 years, Wessam Hafez, a senior pilot at the Suez Canal, is not going to work. Traffic outside the canal that runs outside his house has stopped.

“No ships, no pilots,” he told CNN. “When the canal is closed not only the global economy is affected but everyone who works at the canal loses money. From captains to speedboat drivers to souvenir sellers, everyone who makes a living from the canal, whether it’s formal or informal sector, is affected.”

The Suez Canal, which connects the Mediterranean Sea to the Red Sea, saw some 19,000 ships pass through last year. On Tuesday last week, the massive container ship Ever Given ran aground there, blocking the vital artery and creating queues of hundreds of vessels.

There were some promising signs early on Monday when the rear of the Ever Given was dislodged from one of the canal’s banks, but efforts to fully refloat the ship are likely to continue for some time.

Passing ships and their crews weren’t the only ones affected. Local fisherman Reda el Sayed was not allowed to fish in his normal spot for three days after traffic came to a halt. On Friday, authorities finally allowed him to return to the Great Bitter Lake in Ismailia, Egypt, where at least 40 ships were parked, waiting for the resumption of navigation in the canal.

“We can’t afford things like this. First a storm, then a boat stuck in the canal and whenever anything happens the military doesn’t allow fishing because they try to secure the canal and its waters,” he said.

“If I don’t work one day, my family starves,” he added, slightly shivering in his torn blue T-shirt on a windy day.

This growing traffic jam has offered opportunity to others. As dredgers and tugboats worked on refloating the Ever Given, a man named Medhat who refused to give his full name, said his shipping supply company was thriving.

He’s been busy providing food, water and basic supplies to stranded ships waiting to cross the bottle neck. “Usually ships wait till the next port in Europe or Asia to get better quality supplies. Now they have to take our provision supplies, spare parts and also they need garbage disposal services,” he said hardly maneuvering his way between boxes of water among other things.

He opens an app that tracks marine traffic on his phone. He and his colleagues obsessively check the app every few minutes, looking at growing number of red dots, signifying vessels line up on north and south of the Canal. Close to 400 ships are waiting to cross. The number is expected to grow by 50 ships every day.

“It looks like they will be using our services for the next 40 days or so. I don’t think this crisis will end anytime soon. The ship is stuck rock solid. We don’t have the proper equipment to unload such huge containers,” Medhat said.

Medhat, like many who spoke to CNN, didn’t want his name published for fear of reprisal.

It’s the longest ever peace-time suspension of navigation in the Suez Canal — but not the first time accidents brought nearby cities a taste of faraway worlds.

Local historic lore has become indistinguishable from memories of love stories that bloomed on the canal-side promenade, and of the heartbreak and displacement forced by years of war.

Hafez fought in Egypt’s 1967 and 1973 wars with Israel, which saw traffic stop in the canal. After leaving the army, he moved to Port Said, at the canal’s Mediterranean mouth, and then the city of Ismailia on the canal’s Western bank. His wife Magda Heshmat worked at the Suez Canal Authority up to her retirement.

Their home is filled with paintings and sculptures (Magda is the daughter of well-known artist in Egypt, Hassan Heshmat) as well as family portraits, war medals and pictures of Hafez with former Egyptian presidents and famous sea captains — all part of the area’s proud history at a global crossroads.

Heshmat remembers one ship that had to discard part of its load. “Suddenly the market in Ismailia was full of bananas. “Huge bananas. Not the small Egyptian bananas. Each banana was 500 cm long and it was the first time we saw them and it was all what people talked about in our town for days,” she recalled.

At the Suez port, 74 kilometers from Hafez’s house, port worker Mohammed vividly remembers another incident — a collision of two boats in the 1990s that caused a container full of chicken to fall into the canal. “Suddenly frozen chicken were swimming in the canal. Everyone was fishing chicken. Speedboats lifted them out of the water. People here at the port took some and we the workers took some and the chicken prices went down from 20 Egyptian pounds to only one pound.”

The plight of the Ever Given, and the toll it is taking on the global economy, will undoubtedly become part of local history now. Whether they benefit or not, everyone in Ismailia is following news of the ship, and the unusually quiet waterway is an ever present reminder of the millions of dollars that the government and the economy are losing every day.

“I am heartbroken because this directly impacts the reputation of Egypt. That’s what makes me sad. Even if it’s not our fault. It happened on our watch in our country. I really hope this nightmare will end,” Heshmat says.