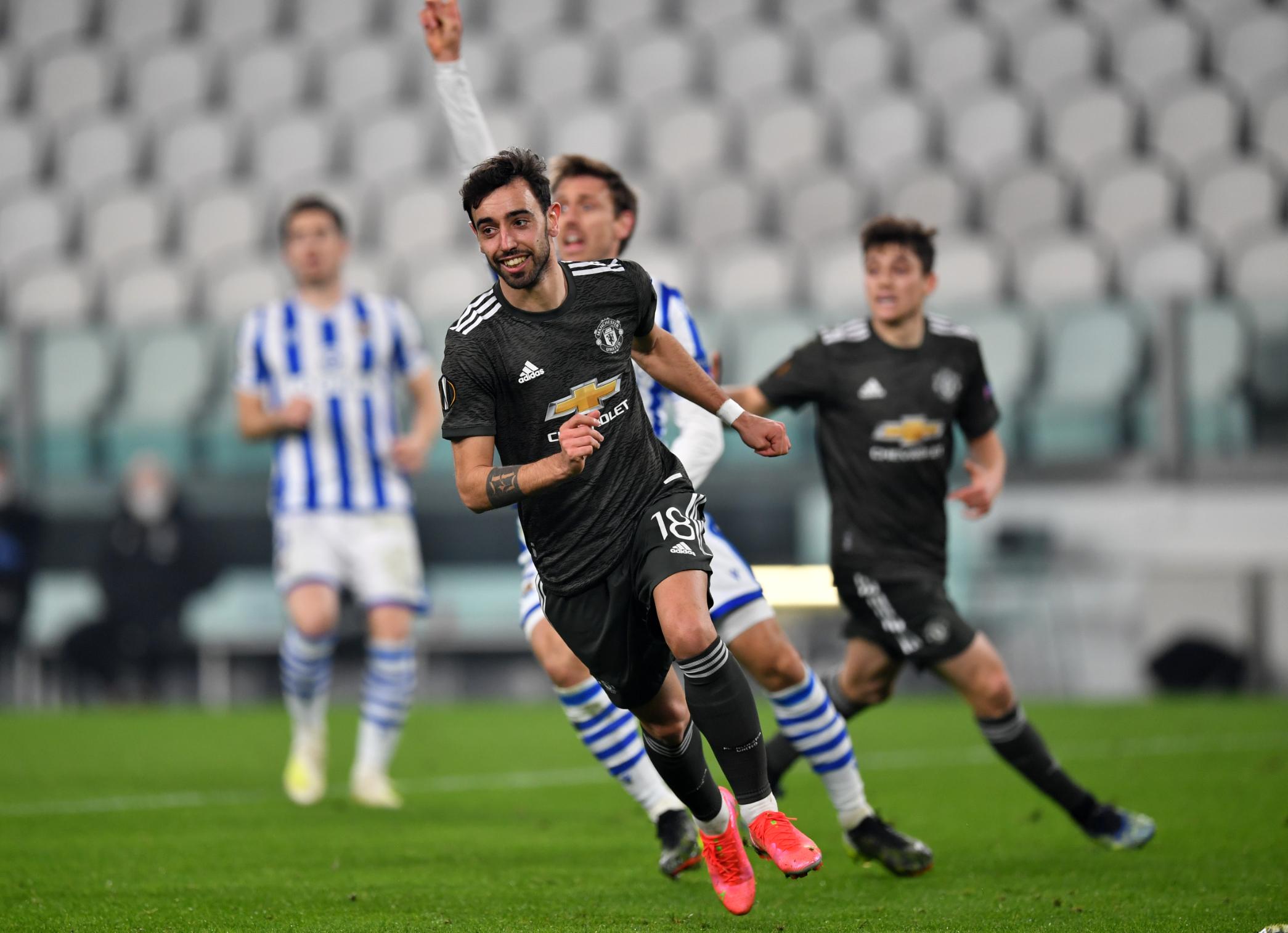 A superb Bruno Fernandes once again inspired Manchester United to victory Thursday as the Premier League side took full control of its Europa League round of 32 tie against Real Sociedad.

The playmaker scored twice in United’s 4-0 first-leg win, handing it an almost unassailable lead ahead of the return fixture at Old Trafford on February 25.

As has been the case since he joined the club, Fernandes’ quality shone through against the Spanish side, which looked second best throughout the encounter.

To underline his importance to the team, the 26-year-old’s brace now means he has been directly involved in 52 goals in his 58 games as a Manchester United player.

“My target is scoring the most goals I can and obviously trying to assist my teammates to score, too, because I think the position I play is to do that,” Fernandes told BT Sport after the game.

“Most important for me, my target is trophies. Winning trophies is more important than scoring goals.”

‘It is about winning’

Because of travel restrictions between England and Spain, the first leg was played in Turin, Italy, and Real Sociedad never really looked at home.

United’s attacking lineup looked too sharp and too fast for the La Liga side and the Reds’ defense was never really tested.

It was the ruthless Fernandes who opened the scoring in the 27th minute with a perfectly timed move.

The Portugal international waited as two Sociedad defenders collided with their goalkeeper in an attempt to clear a ball in behind, allowing a patient Fernandes to pass into an empty net.

He then doubled his lead shortly into the second half, linking up smartly with winger Dan James before scooping his finish into the bottom corner.

Goals from Marcus Rashford and James finished what was a perfect night for the Reds, which has struggled to grind out results in the Premier League recently.

“It is about winning. We want to win the games. Today, I think we did everything well,” Fernandes added.

“We know 4-0 is a good result but we have to be aware of what Real Sociedad can do and be ready for the second leg.”

United has not won a major trophy since 2017 and, with the Premier League title seemingly ahead to Manchester City, the Europa League offers a good opportunity to bring in some much-needed silverware.

Manager Ole Gunnar Solskjaer praised his side for what was a clinical team performance but suggested the scoreline was a little flattering.

“We deserved to win but maybe not by four goals,” he told reporters after the match. “On a night like this when we find spaces, we can be a dangerous team.”