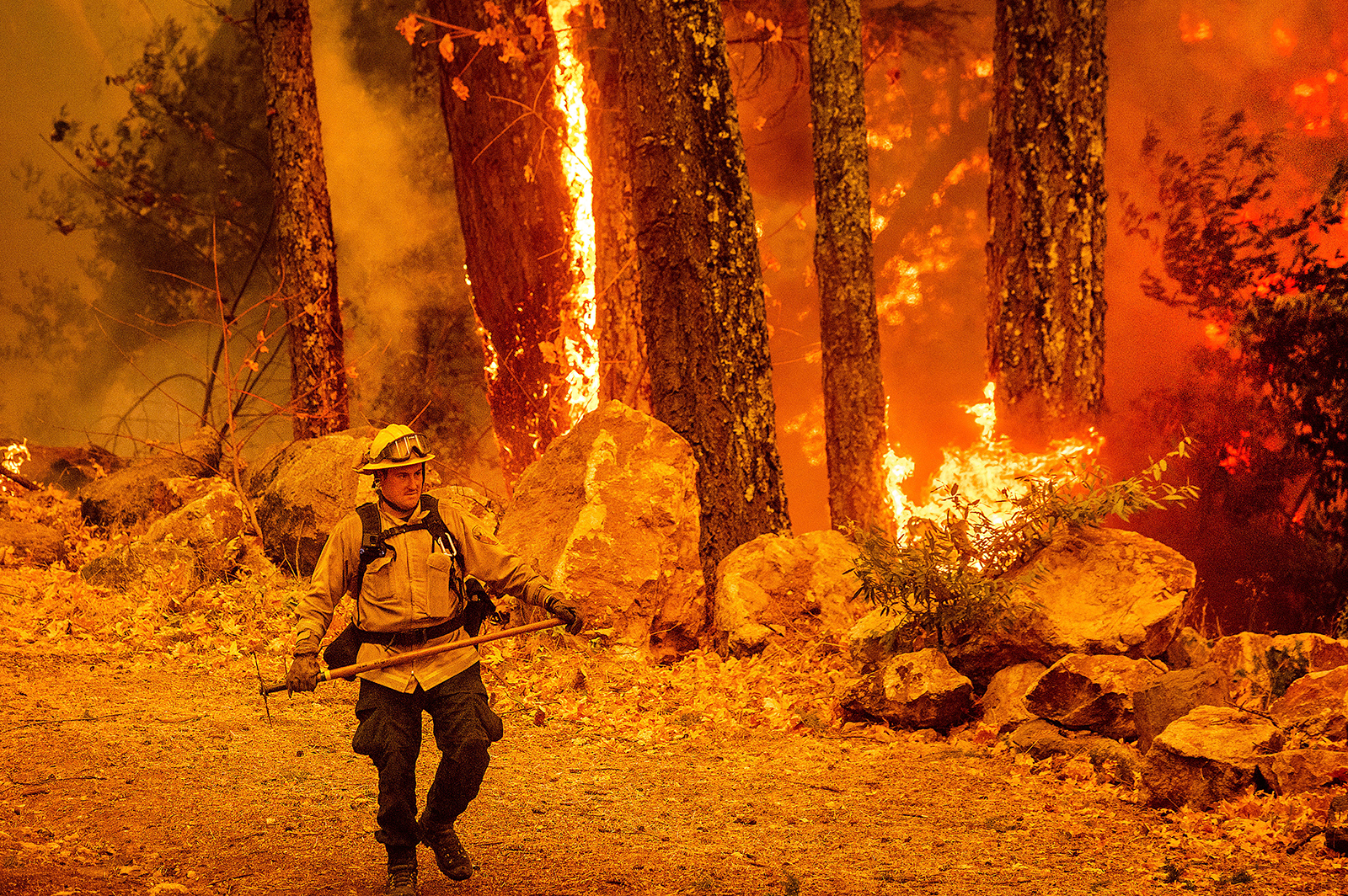 California’s record-breaking wildfires have consumed about 1 million acres in just the past month, according to California Department of Forestry and Fire Protection.

The worst wildfire season in state history has been one of shocking superlatives.

CalFire reported Saturday that more than 4.1 million acres have burned across the state in 2020 — nearly 1 million of those since mid September, when California had seen more than 3.3 million acres scorched by fire.

The expansive August Complex in the northern part of the state, alone, has had more than a million acres burned. Earlier this month, it became California’s first “gigafire” — a term for a blaze that burns at least a million acres of land — in modern history.

Statewide, an small army of 8,000 firefighters remain on the front lines of 20 wildfires, CalFire reported Saturday. A dozen of them are still major incidents.

On Friday alone, firefighters responded to nearly 40 new fires across the state.

“A Red Flag Warning for critical fire weather continues today in much of the North State for gusty winds and low humidity,” CalFire said Saturday. “Warm and dry conditions persist throughout the State, continuing the elevated fire threat.”

California has seen more than 8,500 wildfires, which have claimed 31 lives and destroyed more than 9,200 structures.

Scientists and California authorities have blamed the climate crisis for the intensity of this year’s fire season.