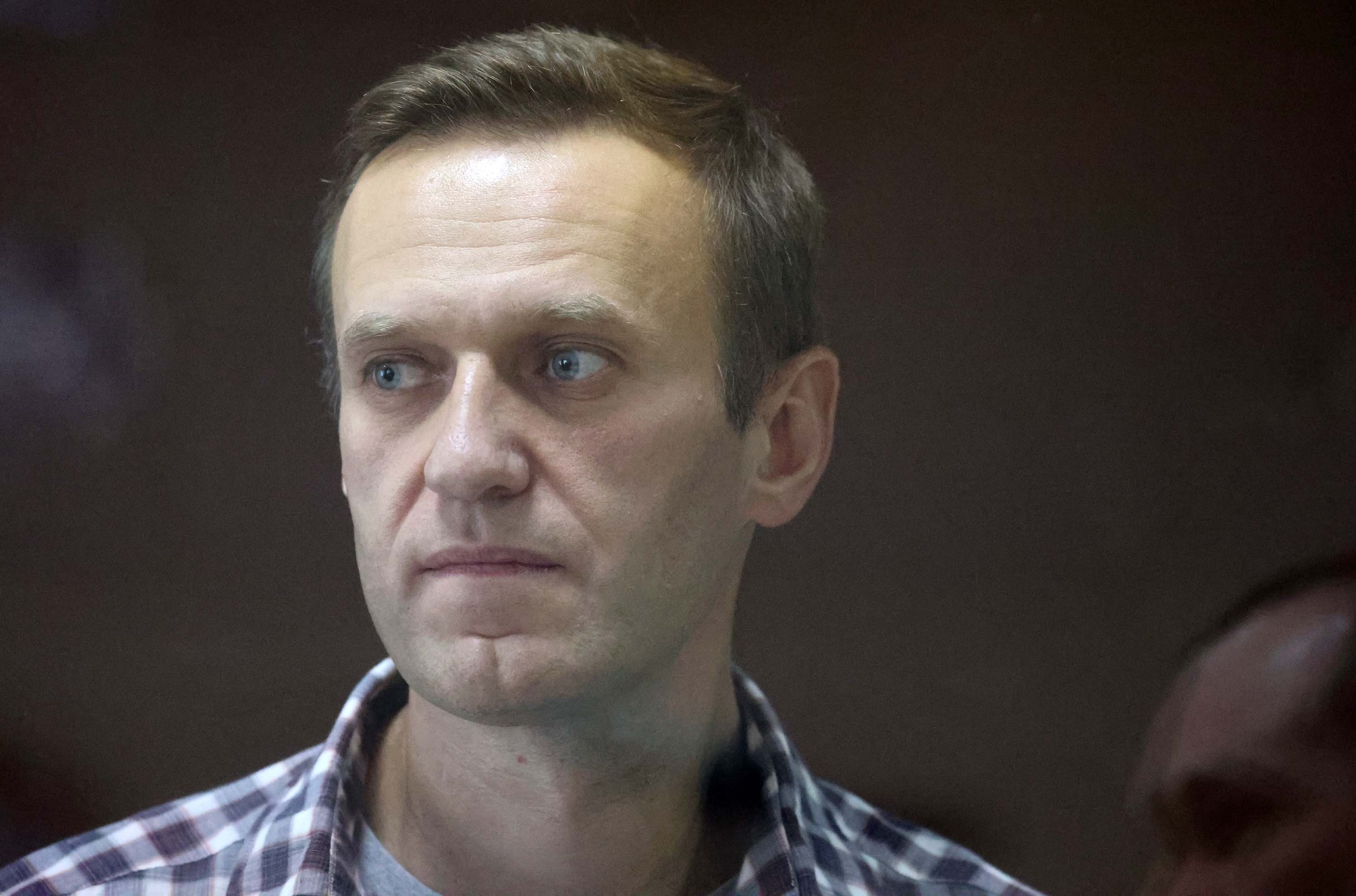 The Biden administration said it is “disturbed” by reports of swift deterioration in the health of Alexey Navalny, as campaigners called on the US to impose more sanctions to hold Moscow accountable for what Amnesty International said may be the “slow death” of the Russian opposition leader.

The Russian government appears undaunted by previous tranches of sanctions by the United States and European Union over its poisoning and imprisonment of Navalny. Although some said it is unclear or unlikely that more sanctions would change Russia’s behavior, they said it was important that the United States continue to speak out and act against Moscow’s treatment of Navalny.

And as the US may be weighing potential consequences for the Kremlin’s continued maltreatment of Navalny, the Biden administration is preparing to roll out sanctions for a range of other Russian misdeeds ranging from the SolarWinds hack to reported bounties on US soldiers in Afghanistan and election interference, according to two administration officials familiar with the process. The sanction options have been drawn up and the administration, which has largely been focused on domestic issues in recent weeks, has been looking to carve out the right time to roll out these sanctions.

Navalny, an outspoken critic of Russian President Vladimir Putin, has been diagnosed with two hernias and is losing feeling in both hands, one of his lawyers, Olga Mikhailova, said in an interview with Russian media on Wednesday. He is on a hunger strike in protest of prison officials refusing to grant him access to proper medical care. The Kremlin said this week that it would not give him special treatment.

“The Kremlin is killing Navalny. He may not die next week or next moth but they will grind him down until his heath deteriorates and make up an excuse about how he died,” said Bill Browder, an American-born financier, Kremlin critic and friend of Sergey Magnitsky. Magnitsky, a Moscow lawyer, died in a Russian jail in November 2009.

Agnes Callamard, the secretary-general of Amnesty International, said in a tweet this week that Navalny has been subjected to prison conditions “amounting to torture.”

Retired US Ambassador Kenneth Yalowitz, who served two tours as a diplomat in Moscow and ambassadorships in Eastern Europe, told CNN it was unclear if the Russian government “simply wants to let him die in prison or to keep him as sort of a hostage — every time his health declines to pump him up, so that he can keep going, simply to demonstrate that his fate is in Putin’s hands completely.”

Putin trying to demonstrate ‘he is all powerful’

“I think that’s what (Putin’s) trying to demonstrate is that in the end, he is all powerful,” Yalowitz said, adding that if the Kremlin allows Navalny to die, “all hell will break loose.”

On Wednesday, officials from the White House, the State Department and the National Security Council offered calls for Russia to allow the ailing Navalny to access adequate medical attention and reiterated their opposition to his imprisonment.

“We urge Russian authorities to take all necessary actions to ensure his safety and health,” White House press secretary Jen Psaki said at a briefing.

“So long as he is in prison, the Russian government is responsible for his health and well-being,” she said, adding that they would “monitor the situation closely.”

“I would also reiterate that we consider Mr. Navalny’s imprisonment on trumped-up charges to be politically motivated and a gross injustice,” Psaki said. “And we stand with like-minded allies and partners in calling for his immediate release, as well as an end to the persecution of his supporters.”

Garry Kasparov, chairman of the Human Rights Foundation, said in a CNN opinion piece that “the free world’s political and business leaders have another chance to show newfound resolve — or continued cowardice.”

Browder called on the administration to impose new sanctions “imminently.”

“If they do not do it imminently it will only get worse,” he said.

In early March, the Biden administration imposed a raft of sanctions on Russian officials and entities in response to Navalny’s poisoning and imprisonment.

The actions — taken in coordination with the European Union, which also unveiled sanctions — represented the first significant move against Moscow since Joe Biden became President.

One EU official told CNN that there are “ongoing discussions between EU and US in response to Russia’s behavior, including on the situation with Navalny’s poisoning and imprisonment.”

Browder told CNN on Wednesday that “the last sanctions were not on the right people.”

“Navalny made a list of who needed to be sanctioned, and it was full of people who are not working for the Russian government but are the cashiers, the businesspeople who look after the funds of Putin and his cronies,” he said. “The US should go down that list and sanction more people, and keep doing it until they release Navalny. That is the way to stop Putin from killing him.”

Yalowitz, a global fellow at the Wilson Center, said he doubted that new sanctions would make a difference in Russia’s behavior toward Navalny but that they “are important to keep pressure on, to let the Russians know that they are isolated, that this is inhuman behavior.”

“President Biden has talked about the importance of human rights, distinguishing his administration from the previous one. And I really think it’s really important for, you know, for us to act in accordance with those principles, even though we may know that it may not deliver the end result that we want,” he said.

This story has been updated with further comment from Kremlin critic Bill Browder.