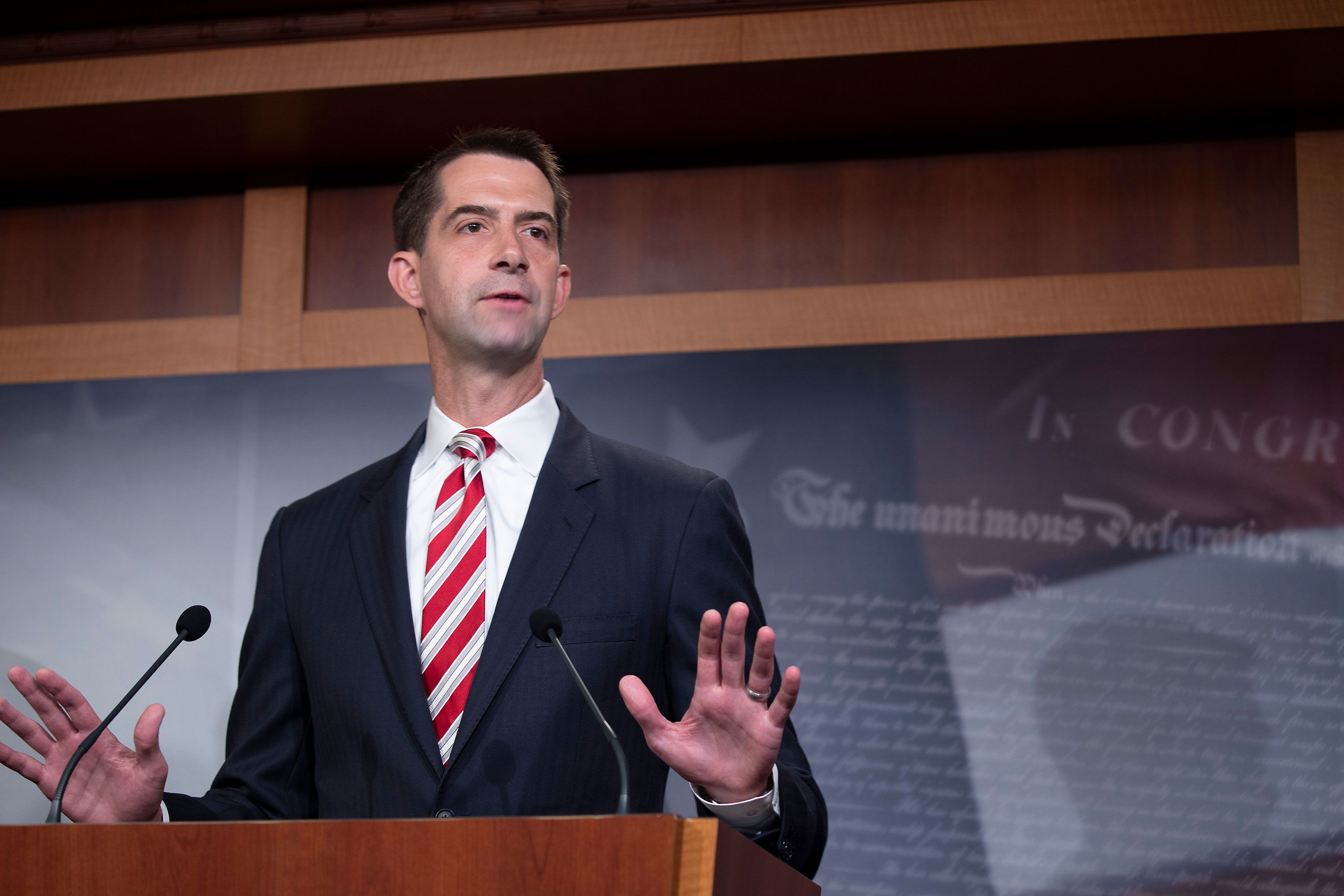 Republican Sen. Tom Cotton of Arkansas is threatening to stall the nominations of US attorneys from states represented by Democrats on the Judiciary Committee in retribution for the committee’s Democrats moving forward on a Justice Department nominee over GOP objections.

Cotton said on the Senate floor Thursday during debate on the nomination of Vanita Gupta to be associate attorney general that he would “refuse consent or time agreements for the nomination of any US attorney from any state represented by a Democrat on the Judiciary Committee.”

Such a move would slow down the Senate and make it harder to confirm nominees to US attorney posts, which are typically noncontroversial.

Cotton’s threat stems from a dispute in the committee last month over the vote on Gupta’s nomination, which deadlocked 11-11 on a party-line vote.

Senate Judiciary Chairman Dick Durbin, a Democrat, cut off Cotton while he was speaking against Gupta’s nomination, holding the committee vote on the nomination just before noon.

Cotton and the Republicans on the committee howled in protest, accusing Durbin of violating committee rules by cutting off Cotton in the middle of his speech to force the vote.

“My remarks were interrupted. At least one Republican senator didn’t have an opportunity to speak at all. The Democrats simply broke the rules and voted out Ms. Gupta’s nomination not in accordance with the Judiciary Committee rules,” Cotton said on the floor Thursday. “There must be consequences when the Democrats break the rules.”

But Democrats charged that Republicans were trying to use a procedural trick to stall Gupta’s nomination by invoking the Senate’s “two-hour rule” that would have prevented the committee from holding the vote after 12 p.m. ET.

“I gave Republicans ample time to make their arguments in the committee,” Durbin said on the Senate floor Thursday. “I was prepared to give them even more time until the two-hour rule was invoked. But someone on the other side decided to force my hand. I had to act quickly.”

Democrats on the committee attacked Cotton’s move to stall US attorneys, saying in a tweet, “US Attorneys prosecute terrorists & human traffickers — Cotton wants to obstruct them from protecting our communities & our nation.”

The tie committee vote on Gupta’s nomination required the Senate to take an additional procedural vote to discharge it from the committee, which advanced on Thursday 49 to 34, with many Republican members skipping the last vote of the week.

In debate on the floor ahead of the vote, Republicans argued Gupta’s views were too radical on drug decriminalization, police reform, Second Amendment rights and other issues to be the third-ranking official at the Department of Justice.

Democrats said GOP claims Gupta is too radical were “absurd,” in the words of Senate Majority Leader Chuck Schumer and pointed to a long list of endorsements she’s gotten from police organizations.

Timing on a final confirmation vote has not been announced.