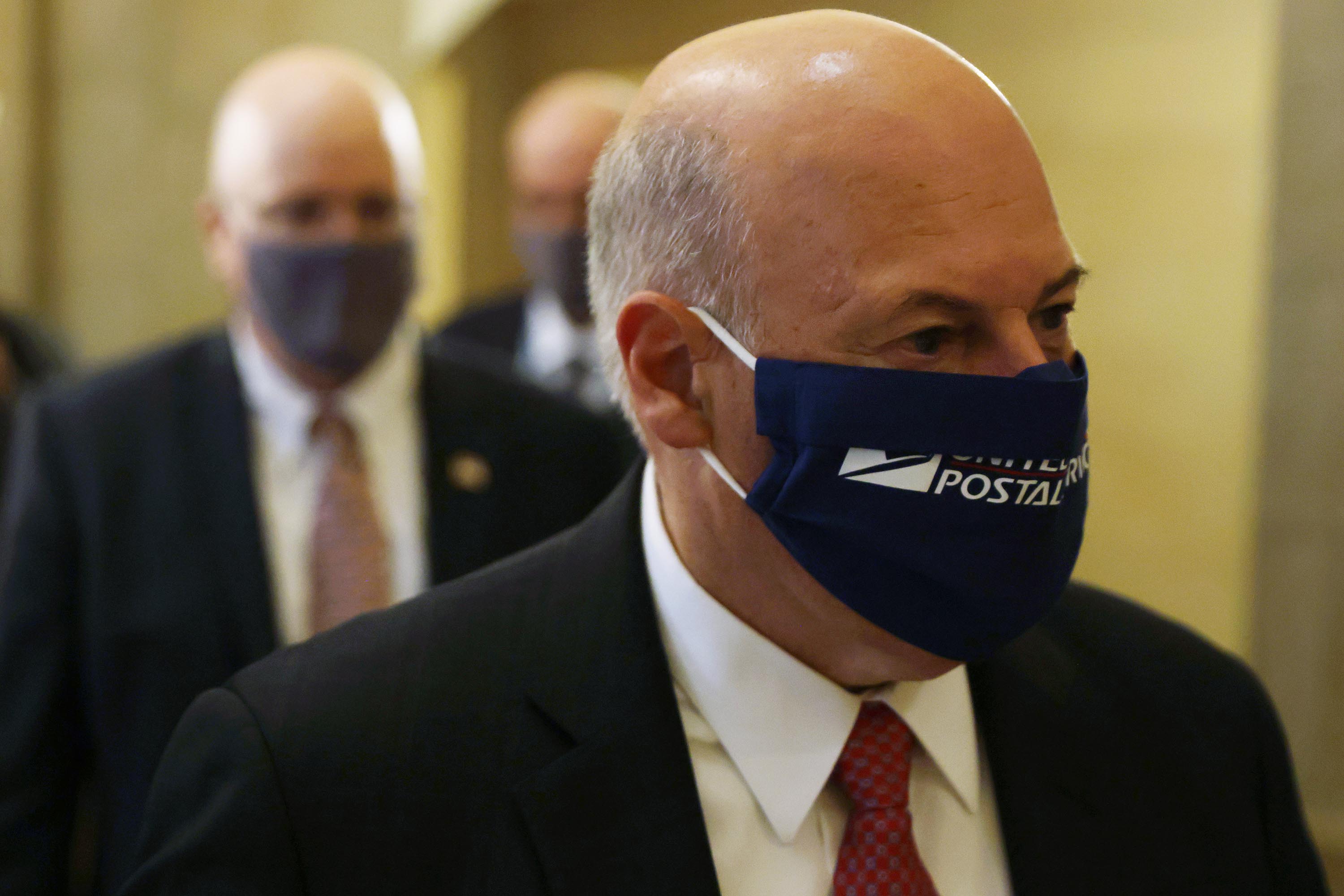 The internal watchdog at the United States Postal Service is reviewing controversial policy changes recently imposed under Postmaster General Louis DeJoy, and is also examining DeJoy’s compliance with federal ethics rules, according to a spokeswoman for the USPS inspector general and an aide to Sen. Elizabeth Warren, who requested the review.

Lawmakers from both parties and postal union leaders have sounded alarms over disruptive changes instituted by DeJoy this summer, including eliminating overtime and slowing some mail delivery. Democrats claim he is intentionally undermining postal service operations to sabotage mail-in voting in the November election — a charge he denies.

Agapi Doulaveris, a spokeswoman for the USPS watchdog, told CNN in an email, “We have initiated a body of work to address the concerns raised, but cannot comment on the details.”

Last week, Warren, a Massachusetts Democrat, and eight other Democratic lawmakers asked the inspector general to launch an inquiry into DeJoy on a number of fronts, including the nationwide policy changes he’s made since taking over in June, as well as whether DeJoy has “met all ethics requirements.”

“We have learned that the United States Postal Service Office of the Inspector General is investigating all aspects of our request,” Warren spokeswoman Saloni Sharma told CNN.

It’s unclear if the inspector general has launched a full-scale investigation into possible politicization at USPS by DeJoy, a Trump ally and Republican donor, or if it’s just reviewing the matter for Congress.

CNN first reported earlier this week that DeJoy still owns at least a $30 million equity stake in his former company — a USPS contractor — and that he recently bought stock options for Amazon, a USPS competitor. These holdings likely create a major conflict of interest, ethics experts told CNN, though DeJoy and USPS maintain that he has complied with all federal requirements.

The inspector general has already requested documents as part of the ongoing review, Sharma told CNN. It is still unclear what specific documents they asked for, and who got the requests.

USPS’ main office did not respond to CNN’s outreach for comment.

On Thursday, Warren said on Twitter DeJoy’s “inexcusable” stock options in Amazon should be investigated by the watchdog after CNN published its report detailing the trades included in DeJoy’s financial disclosures.

The relationship between DeJoy and President Donald Trump has come under intense scrutiny, given Trump’s repeated attacks against mail-in voting and USPS’ key role in delivering ballots.

News of the watchdog review comes one day after Trump brazenly admitted that he opposes much-needed USPS funding because he doesn’t want to see it used for mail-in voting this November. The pandemic has led to record-breaking levels of voting-by-mail, but Trump has tried to restrict the method because he claims it is rife with fraud and abuse, claims that CNN has fact-checked multiple times and are largely without merit.

Democrats pounced on Trump’s comments. House Speaker Nancy Pelosi said Democrats were pushing to include $25 billion for USPS in the next stimulus bill because that was what was requested by the bipartisan board of governors who run USPS and were appointed by Trump.

Further raising questions about the USPS showdown, the White House said Friday that Trump and DeJoy met at the White House last week, even though Trump said he “didn’t speak to the postmaster general” when he was asked about DeJoy’s cutbacks a few days after their meeting.

A White House spokesman told CNN that their meeting on August 3 was “congratulatory” to celebrate DeJoy’s confirmation by the USPS board of governors, which occurred in early May. DeJoy has been running the USPS since June 15.

This week, DeJoy acknowledged to USPS employees that recent procedural changes have had “unintended consequences,” but described them as necessary.

“Unfortunately, this transformative initiative has had unintended consequences that impacted our overall service levels,” DeJoy wrote in a memo sent this week and obtained by CNN.

“However, recent changes are not the only contributing factors. Over the years we have grown undisciplined in our mail and package processing schedules, causing an increase in delayed mail between processing facilities and delivery units.”

Earlier this week, CNN reported on newly obtained financial documents showing that DeJoy holds a large equity stake in his former company, XPO Logistics, totaling between $30 million and $75 million. XPO is a contractor for USPS and other US government agencies.

USPS officials signed off on DeJoy’s financial filings and told CNN that he is in compliance with federal ethics rules. But several outside experts who spoke to CNN said they were shocked that ethics officials approved this arrangement, which apparently allows DeJoy to keep his XPO holdings. One expert even said, “this is a classic case for investigation by an inspector general.”

DeJoy and USPS have said he fully complied with the regulations.

Raising further alarms, on the same day in June that DeJoy divested large amounts of Amazon shares, he purchased stock options giving him the right to buy new shares of Amazon at a price much lower than their current market price, according to the financial disclosures. The filings indicated that DeJoy’s stock options in Amazon were valued between $50,000 and $100,000.

In a tweet on Thursday, Warren blasted DeJoy, saying his decision to buy Amazon stock options was “inexcusable.” She also said the USPS inspector general “must investigate this corruption.”

“I take my ethical obligations seriously, and I have done what is necessary to ensure that I am and will remain in compliance with those obligations,” DeJoy said in a statement given to CNN.