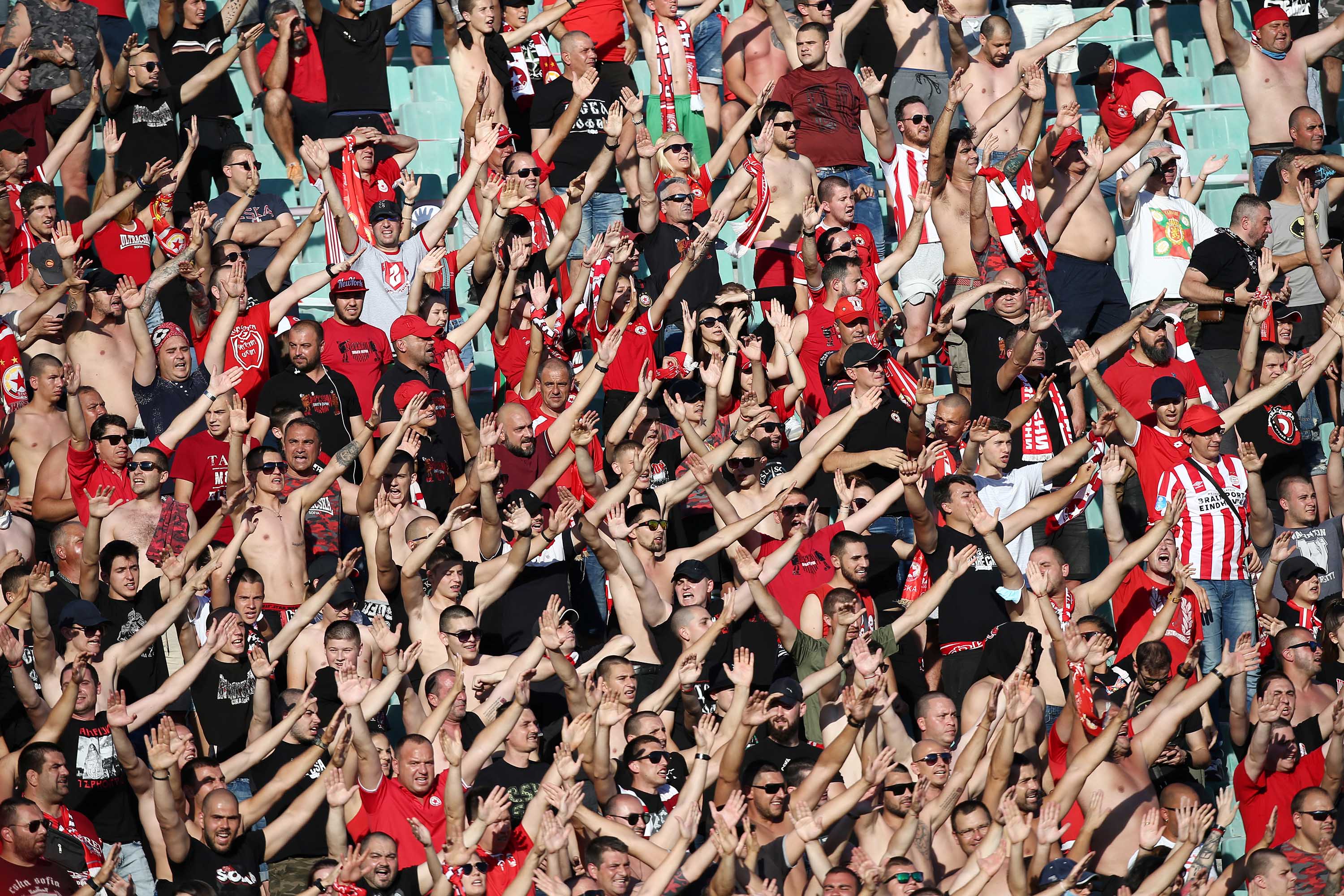 Thousands of football fans attended the Bulgarian Cup final between Lokomotiv Plovdiv and CSKA Sofia on Wednesday, where social distancing measures appeared to be ignored in the stands.

Officials relaxed rules for Wednesday’s final, which Lokomotiv won 5-3 on penalties, by increasing the number of fans allowed into the stadium from 4,000 to 12,000.

Football was given the go-ahead to resume in Bulgaria on June 5 and, despite acknowledging the “non-compliance with anti-epidemic measures” by fans, authorities agreed to increase to number of spectators at Sofia’s Vasil Levski National Stadium, where supporters were told to observe social distancing of 1.5 meters.

According to Reuters, the government also advised spectators to wear face masks, which everyone entering the stadium was offered for free. But lots of fans chose not to wear a face covering

CNN has contacted the Bulgarian FA, CSKA Sofia and Lokomotiv Plovdiv for comment but did not immediately receive a response.

As of Thursday, there have been 5,154 confirmed cases of Covid-19 recorded in Bulgaria, almost half of which are active. The government announced that 165 new cases were recorded in the past 24 hours.

The match ended 0-0 after extra-time, but a 100% conversion rate from the penalty spot saw Lokomotiv retain the Cup and secure a place in the qualifying rounds of the Europa League.

CSKA head coach Milos Kruscic stood down after the game.

There were also reports that a “White Lives Matter” poster was displayed by fans during the match, a message that was widely condemned in the English Premier League after Burnley fans arranged for a similar banner to be flown ahead of their side’s match against Manchester City.

Balkan countries, which have seen less severe outbreaks of the coronavirus compared to other European nations, have opened up sporting events comparatively quickly.

In June, 20,000 fans attended the Belgrade derby, while a few days later Novak Djokovic’s Adria Tour tennis event got underway in the Serbian capital with fans in attendance.

The Adria Tour was widely criticized after a number of top players, including Djokovic, tested positive for coronavirus having played in the competition’s second event in Zadar, Croatia.

Fixtures in the UK, Germany, Italy and Spain have all taken place behind closed doors, while other European countries have allowed some fans back.

In Denmark, for example, a limited number spectators have been permitted into stadiums while observing social distancing.

Last week, the Danish Football Union announced that there had been “great satisfaction” with the way games were being conducted, and that there were hopes of returning to close to normal capacity for next season.

While virtually all elite sport was postponed in Europe at the start of the coronavirus pandemic, the Belarusian Premier League continued playing.

It resulted in a spike in popularity, with the country’s football federation securing new broadcasting deals in as many as 10 countries.