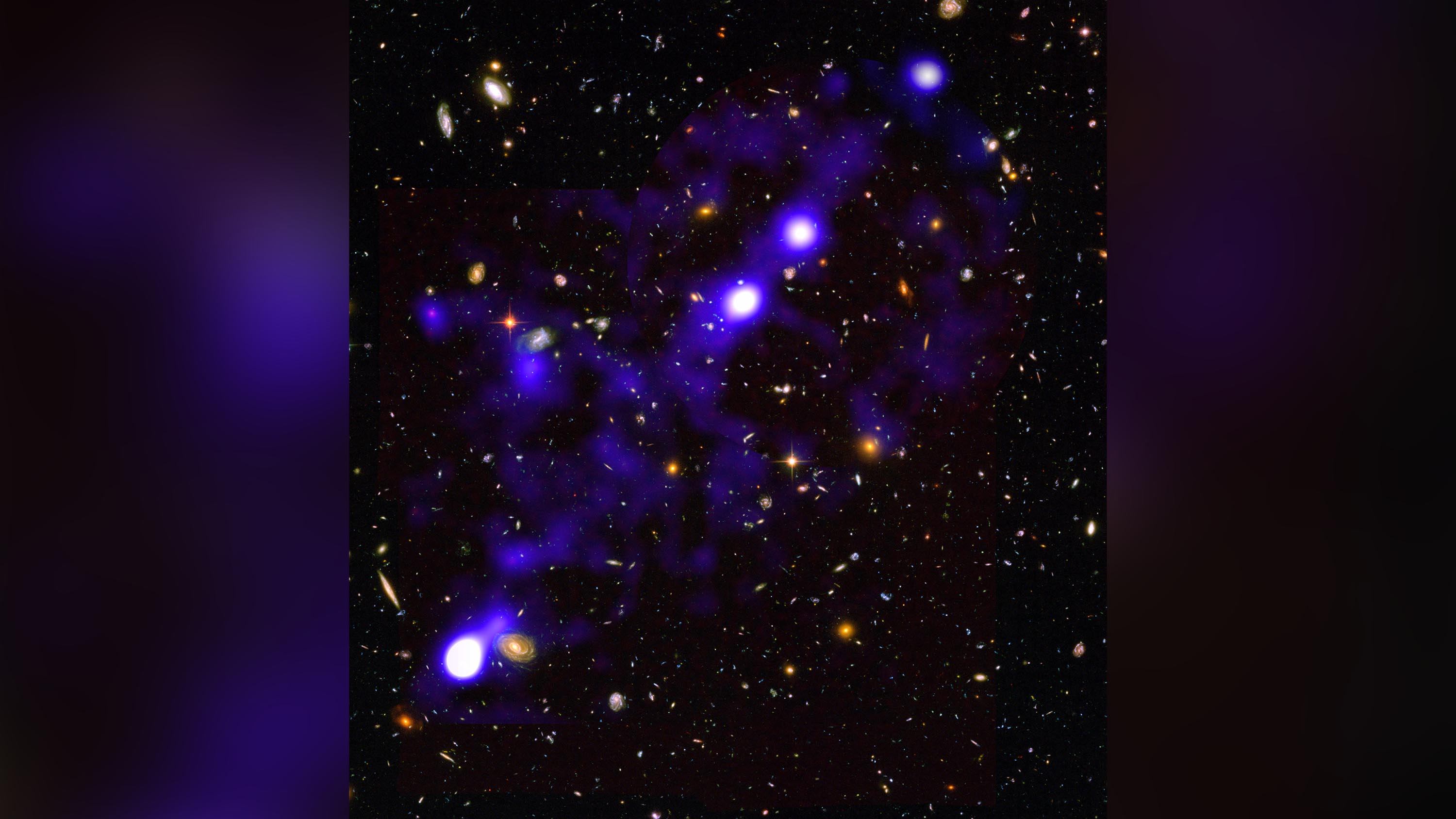 Scientists have discovered a “myriad” galaxies that were of previously undetected. The newly found systems were observed with the world’s most advanced optical telescope.

Cosmological models had long predicted the existence of filaments — gas in which galaxies are created — but no images had been captured of the phenomenon, except in the vicinity of quasars, which are astronomical objects of high luminosity found in the centers of some galaxies.

Using a 3D spectrograph known as the MUSE instrument, installed on the European Southern Observatory’s Very Large Telescope in Chile, scientists have for the first time observed filaments of the cosmic web, revealing a multitude of “unsuspected” dwarf galaxies hidden in the depths of the universe. The instrument’s moniker is short for Multi Unit Spectroscopic Explorer.

The cosmic web is the building block of the cosmos — consisting primarily of dark matter and laced with gas — on which galaxies are built.

Using the MUSE instrument, scientists studied a region in the sky called the Hubble Ultra-Deep Field for some 140 hours, over eight months. The area is the site where the deepest images of the cosmos had ever been obtained.

“The galaxies in the sky and the universe are not distributed the same everywhere,” lead study author Roland Bacon, an astrophysicist and researcher at the Centre de Recherche Astrophysique de Lyon in France, told CNN.

“Galaxies in the early time of the universe, they formed through gas. Gas, mostly hydrogen, is the fuel which forms stars, and in the end forms the galaxy,” he explained. “The galaxies will form in these very long filaments of gas.”

There was some indirect evidence that gas was present in the region, Bacon said. When the team studied quasars they sometimes found the light was obscured, which they believed was due to the presence of gas.

The team’s analysis of the images captured with the telescope revealed light from the hydrogen filaments.

“The best explanation is that the light that we see from the images is not due to the ultraviolet background — it is coming from billions of tiny galaxies forming stars, called dwarf galaxies,” Bacon said.

Our large galaxy, the Milky Way, is orbited by more than 50 other, smaller galaxies, including dwarf galaxies.

Whereas the Milky Way now houses between 200 billion and 400 billion stars, dwarf galaxies contain between 100 million and several billion.

Dwarf galaxies merged in the early universe to form the larger galaxies that populate it today, including the Milky Way.

“We cannot see these galaxies, because they are intrinsically faint and too far: we are observing them 2 billion years after the Big Bang — at a distance of 11 billion light-years. But there are so many that we can see the integrated light produced by them,” he said.

The study was published in the journal Astronomy & Astrophysics.