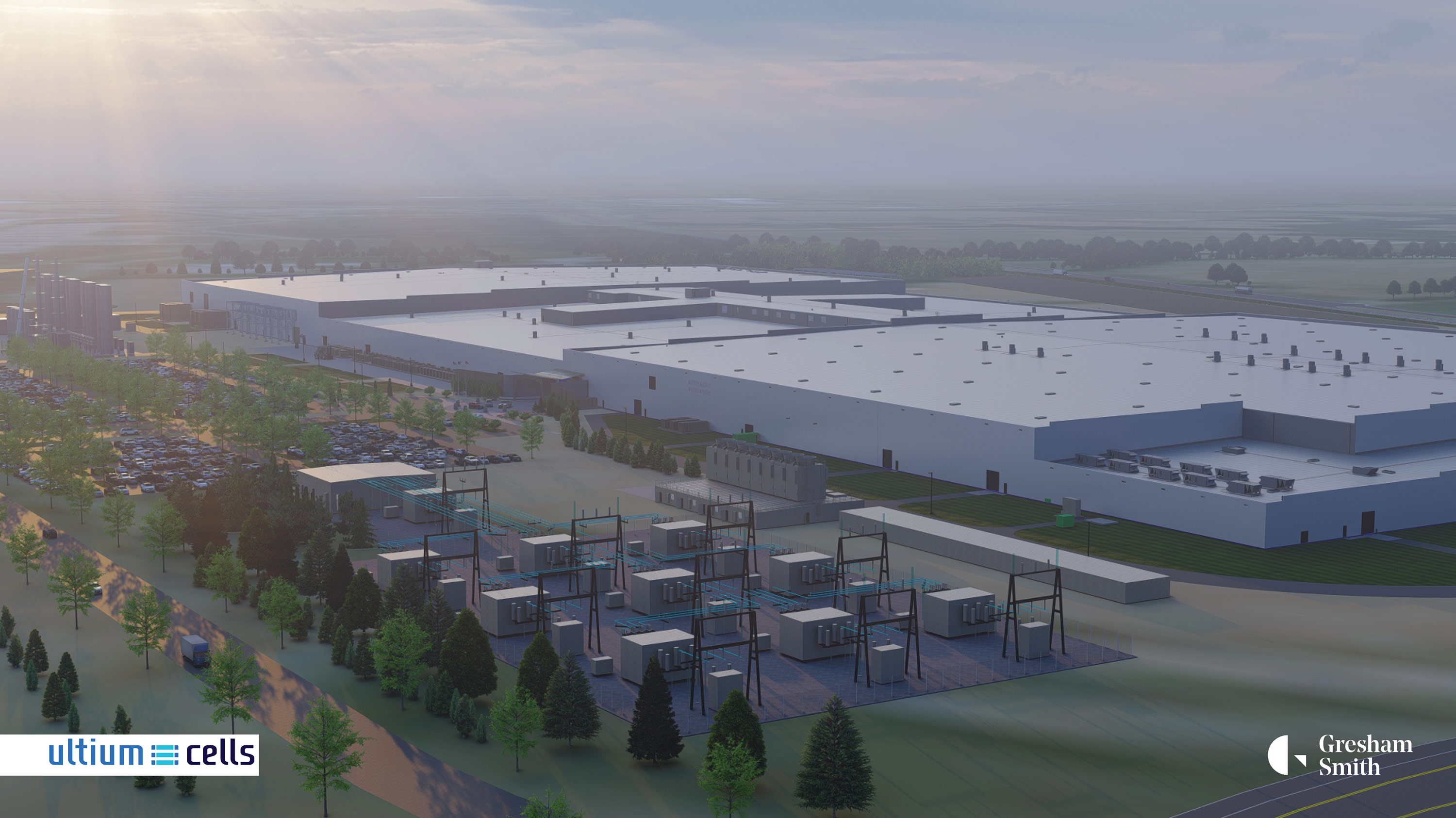 General Motors and LG plan to build a new $2.3 billion plant to build batteries for electric vehicles, a key step toward the US automaker’s goal of an all-electric future.

The new plant, GM’s second EV battery operation with LG, will be adjacent to the automaker’s Spring Hill assembly plant in Tennessee, where it announced last fall a $2 billion investment to build electric vehicles.

GM has announced plans to sell only emissions-free cars by 2035.

The two companies already have another EV battery plant under construction in Lordstown, Ohio, which was announced in 2019 and is set to open next year. The new Tennessee plant is expected to open in late 2023 and employ 1,300 workers, said GM CEO Mary Barra.

The Spring Hill investment and the battery plants “demonstrate we’re committed to changing the world right now,” said Barra. “A fundamental shift in transportation is taking place and General Motors will lead the way. We’re seeing growing enthusiasm from all corners.”

Virtually all automakers are ramping up production plans for electric vehicles, both to meet increasingly tougher environmental regulations as well as increasing demand among car buyers. Electric cars have fewer moving parts than gas-powered vehicles, and therefore can be cheaper to build because they require less labor.

But there is a looming shortage of the batteries needed to power the cars. The lack of inventory could put upward pressure on battery prices, and keep the cost of EVs higher than traditional gasoline cars.

“We’re working to make sure we have adequate supply [of batteries] all the way from the mines,” Barra told investors in February when discussing GM results. “It’s one of the reasons why we’re investing in our own [battery] cell manufacturer …. We want to be in control of our own destiny … making sure we have the ability to have the cells that we need.”

But all automakers are scrambling to find the supply of batteries they’ll need for their EV plans. Even with its own battery plant in Nevada that has been up and running for years, electric car leader Tesla said it needs more batteries from suppliers. It also said that a lack of batteries is the reason it has yet to come out with an electric semi-tractor truck, which will need five times as many batteries as a typical EV.

At the beginning of this year the Center for Automotive Research estimated that current North American EV output could be satisfied with 30 gigawatts of batteries annually. That could increase to 140 gigawatts in just five to six years, and could rise further with incentive proposals from the Biden administration to encourage electric car purchases. Even with Friday’s announcement about the new Tennesee plant, current plans for investment get the industry to only about 120 gigawatts of annual capacity.

Brett Smith, director of technology for the Center for Automotive Research, a Michigan think tank, said that until recently he didn’t think there would be an shortage of EV batteries. Now, such a shortage is not only likely but perhaps inevitable.

“My perspective has changed significantly in the last six months. These companies are truly putting their money where their mouths are. This change is happening,” he said about EV production plans. But it will be difficult for the battery supply to keep up with those more ambitious EV plans.

“Building the plant isn’t a huge problem. But making sure the supply lines are available for that quantity of raw materials and chemicals is a much bigger challenge,” he said.

Where will batteries come from, who will build them

The Biden administration has identified EV batteries as one of the four supply chain segments, along with computer chips, pharmaceuticals and some rare earths and other raw materials, in which the US government will work to encourage domestic production rather than relying on international sources from China and elsewhere.

GM’s only EV available for sale at US dealerships, the Chevrolet Bolt, gets its battery imported from South Korea. But that is a different, less expensive battery than the ones to be built in Ohio and Tennessee. Those will be GM’s new Ultium battery that will be the basis of its upcoming electric vehicles such electric Hummers and the Cadillac Lyriq.

Who will build the batteries — and how much they’ll be paid — remains an active question.

GM and LG already had a Michigan plant that built batteries for the discontinued plug-in hybrid Volt. While those workers were represented by the United Auto Workers union, they were paid about $15 to $17 an hour, roughly half of what veteran workers at GM’s US factories are paid.

“We believe that GM has a moral obligation to work with the UAW and the joint venture partner to make sure these are good paying union jobs like those of their brothers and sisters who make internal combustion engines,” said a the UAW in a statement Friday.

Barra did not address what the Tennessee plant will pay its workers. In late 2019 when announcing the GM-LG plant in Ohio, she said if electric vehicle sales are going to grow, then the cost of building the batteries need to be kept in check.

“You have to be competitive,” she said at that time, then adding, “But I think these will be good paying jobs.”