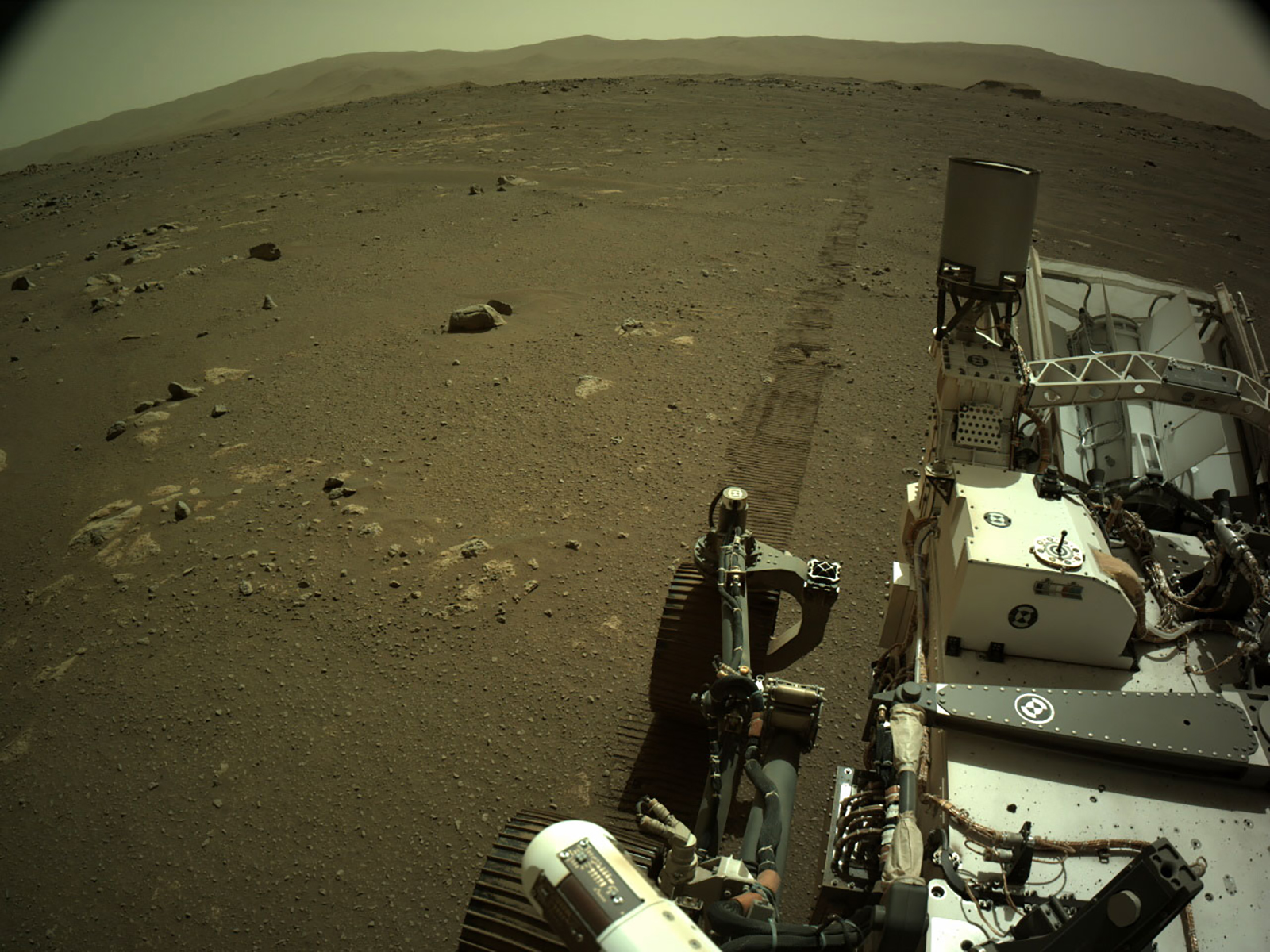 We first heard the sounds of Martian wind and a laser zapping rocks on Mars. Now, the Perseverance rover has returned audio of itself driving across the Martian surface.

Every new sound sent back by the rover is an exciting first because none of the previous missions to Mars have carried microphones.

As the rover’s six metal wheels move across the Martian surface, the sound of rattling, pinging, banging and crunching can be heard.

“A lot of people, when they see the images, don’t appreciate that the wheels are metal,” said Vandi Verma, a senior engineer and rover driver at NASA’s Jet Propulsion Laboratory, in a statement. “When you’re driving with these wheels on rocks, it’s actually very noisy.”

The new audio shared by the agency on Wednesday was collected by a sensitive microphone on the rover during a 90-foot drive on March 7. This same microphone was used during the rover’s successful entry, descent and landing on February 18 and remains functional.

Two versions of the audio have been shared.

One is a 16-minute clip of raw sounds as the rover explored its Octavia E. Butler landing site, named for the famed science fiction writer, in Jezero Crater. The rattles of the suspension can be heard, as well as a high-pitched scratching noise, according to the agency. The rover’s engineering team is investigating the source of this noise, which could be electromagnetic interference occurring on the rover itself or due to the wheels moving over the surface.

The second is a short 90-second compilation of sounds from Perseverance’s drive that filters out some background noise.

“If I heard these sounds driving my car, I’d pull over and call for a tow,” said Dave Gruel, lead JPL engineer for the rover’s camera and microphone subsystem, in a statement. “But if you take a minute to consider what you’re hearing and where it was recorded, it makes perfect sense.”

Since landing, the rover has been going through checkouts for its systems and instruments to make sure Perseverance is ready for a journey of discovery. The rover will search for signs of ancient microbial life on Mars and collect samples that will be returned to Earth by future missions.

The rover has covered about 0.06 miles so far and the mission’s website allows anyone to track where the rover is and the distance it has covered. You can also follow the rover’s journey by watching a steady stream of raw images the rover sends back each day.

Before Perseverance begins its science mission, the rover’s drives have been carried out to find a helipad for another component of the mission: the Ingenuity helicopter. The 4-pound helicopter will be the first to fly on another planet.

The rover and helicopter teams have found a suitable spot to set down the helicopter. Once Ingenuity is released from the belly of the rover, it will have to charge itself using light from the sun and survive the freezing Martian nights before attempting up to five test flights over 31 days.

Next Tuesday, NASA will share details about Ingenuity’s helipad and flights, which will begin no earlier than the first week of April.

The first flight will only last for about 20 seconds as Ingenuity hovers over its helipad, and more flights will be planned after the research team has data from the first attempt.

Cameras and microphones on Perseverance will be able to capture images, video and sound of these test flights — and the helicopter carries a camera as well to share aerial views of Jezero Crater.

Once the Ingenuity experiment has ended, Perseverance will truly begin exploring the ancient lake bed. And along with the images captured by the rover’s 19 cameras, audio from its two microphones will provide a unique perspective of the rover’s journey.