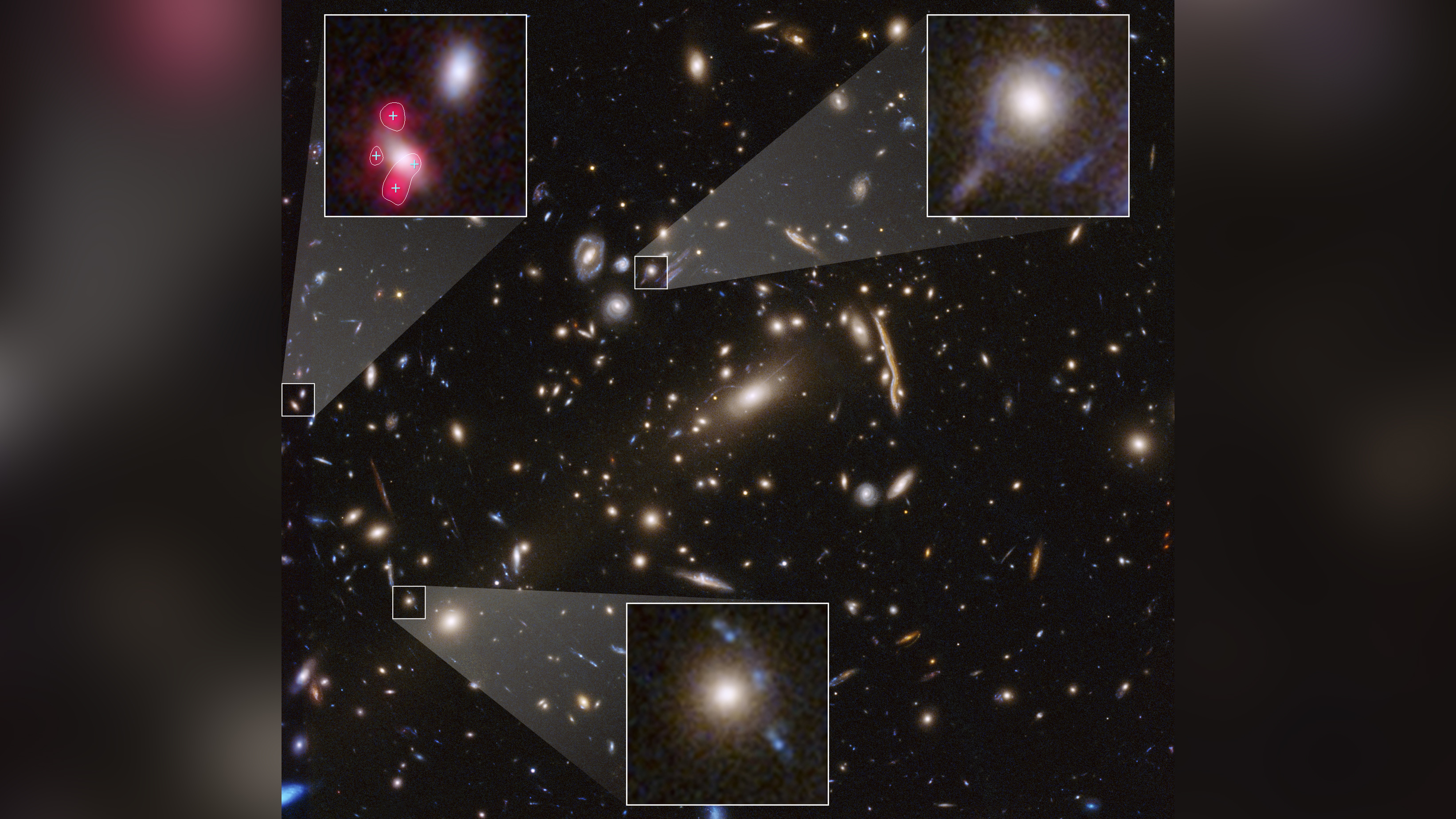 The quest for dark matter just got a little more interesting.

While stars, planets and other celestial bodies may seem like bright jewels that stand out against the dark void of space, they only make up a small percentage of the universe.

In reality, the elusive and invisible dark matter that provides the universe with its structure accounts for most of the universe’s mass.

Scientists know that because of dark matter’s gravitational influence on the other things that are visible, like clusters of galaxies. These clusters are some of the largest structures in the universe, and they contain a multitude of individual galaxies.

These formations also contain a lot of dark matter — not only because it binds them together, but because the individual galaxies they’re comprised of contain dark matter, too.

Dark matter can’t be seen because it doesn’t interact with other particles in space or emit, absorb or reflect light.

If we could see dark matter, it might look like what researchers call the cosmic web — essentially interconnected filamentary scaffolding where galaxies can form.

Astronomers have searched for these mysterious particles for decades. But the only way dark matter has revealed itself so far is through its gravitational tug.

So, one of the ways astronomers can detect dark matter is through gravitational lensing, in which gravity essentially distorts space. This occurs when the gravity of dark matter in a galaxy cluster acts like a magnifying glass. It warps and magnifies the light of distant background galaxies beyond the cluster.

Now, astronomers have discovered that smaller clumps of dark matter, associated with individual cluster galaxies, were concentrated enough to produce gravitational lensing effects that were 10 times stronger than expected.

The detail afforded by both telescopes showed small, distorted images of distant galaxies within larger gravitational lensing distortion in the core of each galaxy cluster. The small distortions look like arcs and smears in images taken by the telescopes.

These small aberrations could be created by densely concentrated pockets of dark matter in individual cluster galaxies, the researchers suggested.

This finding surprised astronomers because it differs from their theoretical models about the distribution of dark matter in galaxy clusters.

The study published Friday in the journal Science.

“Galaxy clusters are ideal laboratories to understand if computer simulations of the universe reliably reproduce what we can infer about dark matter and its interplay with luminous matter,” said Massimo Meneghetti, lead study author and adjunct professor at the National Institute for Astrophysics — Observatory of Astrophysics and Space Science of Bologna in Italy, in a statement.

“We have done a lot of careful testing in comparing the simulations and data in this study, and our finding of the mismatch persists. One possible origin for this discrepancy is that we may be missing some key physics in the simulations.”

The detail that Hubble can capture allowed the researchers to map out the dark matter present in the clusters. The data also allowed them to estimate the mass of each galaxy, which included the amount of dark matter.

When these maps were compared with simulated galaxy clusters of similar mass and distance, the amount of dark matter didn’t match up on the smaller scale — the dark matter associated with individual cluster galaxies.

Future missions like the Nancy Grace Roman Space Telescope, set to launch in the mid-2020s, will use gravitational lensing of large galaxy clusters to find even more distant galaxies. That data can then be used in dark matter models.

“There’s a feature of the real universe that we are simply not capturing in our current theoretical models,” said Priyamvada Natarajan, senior theorist on the research team and theoretical astrophysicist at Yale University, in a statement.

“This could signal a gap in our current understanding of the nature of dark matter and its properties, as these exquisite data have permitted us to probe the detailed distribution of dark matter on the smallest scales.”