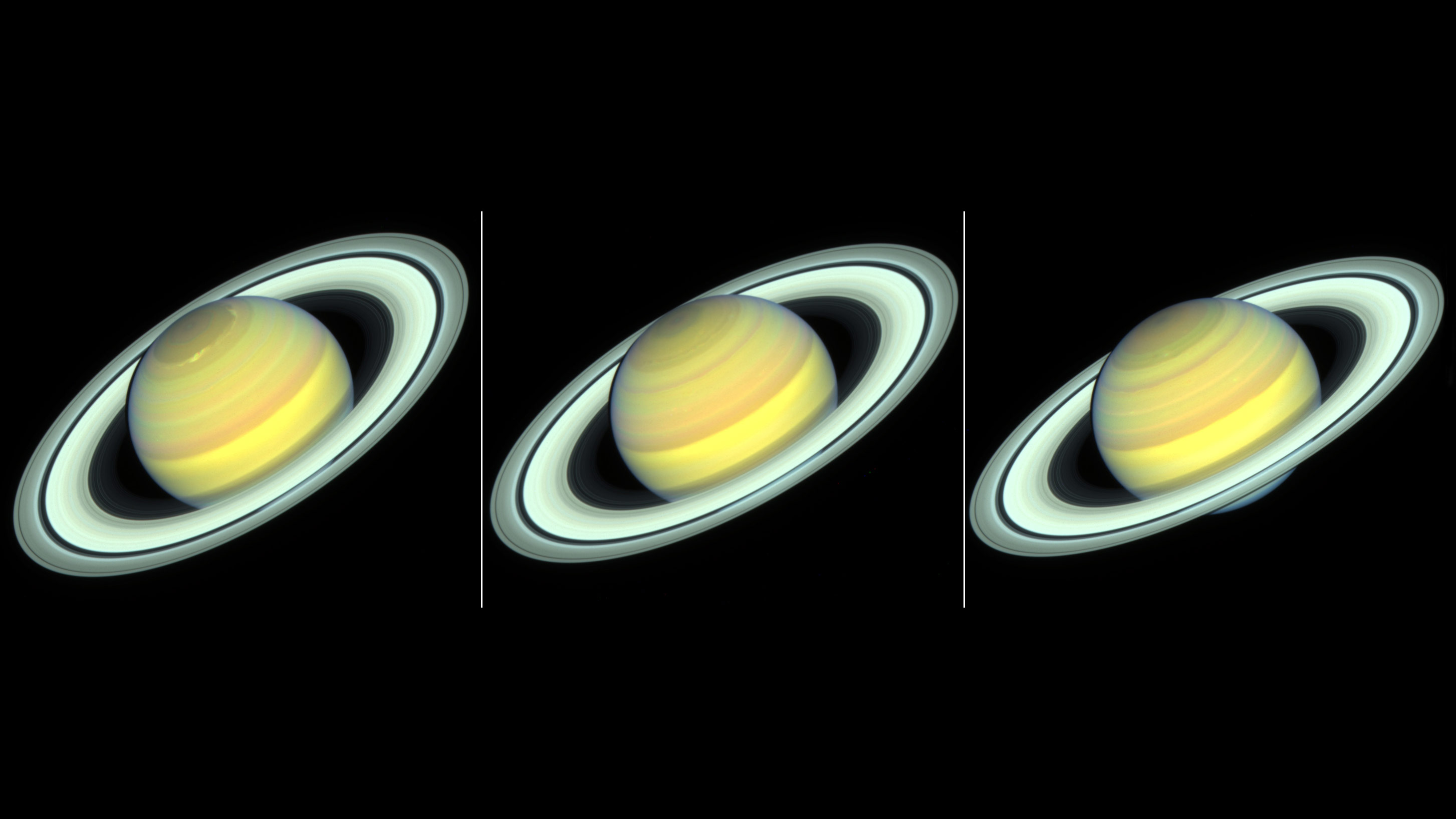 Earth isn’t the only planet that experiences a changing of the seasons. The Hubble Space Telescope has revealed the colorful transition from summer to fall in Saturn’s northern hemisphere — a change years in the making.

Saturn, the sixth planet from the sun and the second largest in our solar system, takes about 29 Earth years to complete one orbit around our star. That means that each season on the ringed gas giant lasts more than seven Earth years.

Astronomers have tracked summertime on Saturn for the last few years, capturing images of the planet’s northern hemisphere in 2018, 2019 and 2020. Along the way, they’ve seen changes within Saturn’s turbulent atmosphere at the polar regions and around the equator.

“What we found was a slight change from year-to-year in color, possibly cloud height, and winds — not surprising that the changes aren’t huge, as we’re only looking at a small fraction of a Saturn year. We expect big changes on a seasonal timescale, so this is showing the progression towards the next season.”

Simon is the lead author of a study published March 11 in the Planetary Science Journal that describes these changes on Saturn.

Seasonal changes happen on Earth because of the way our planet is tilted in relation to the sun, so different hemispheres of the planet receive varying amounts of sunlight as we orbit the star. Saturn is also tilted, which means its seasonal changes, and those atmospheric variations, could be driven by shifts in sunlight.

Saturn, which is nine times wider than our planet, is largely made of hydrogen and helium and dotted with ammonia, methane and water vapor that create its yellow color. Scientists suspect that the gas giant’s core is rocky. Like Jupiter, storms as large as our entire planet can appear deep inside Saturn’s atmosphere.

These observations of changes on Saturn were made during Hubble’s Outer Planets Atmospheres Legacy program, known as OPAL. This program is used by scientists to observe the outer planets in our solar system each year to watch how they change over time.