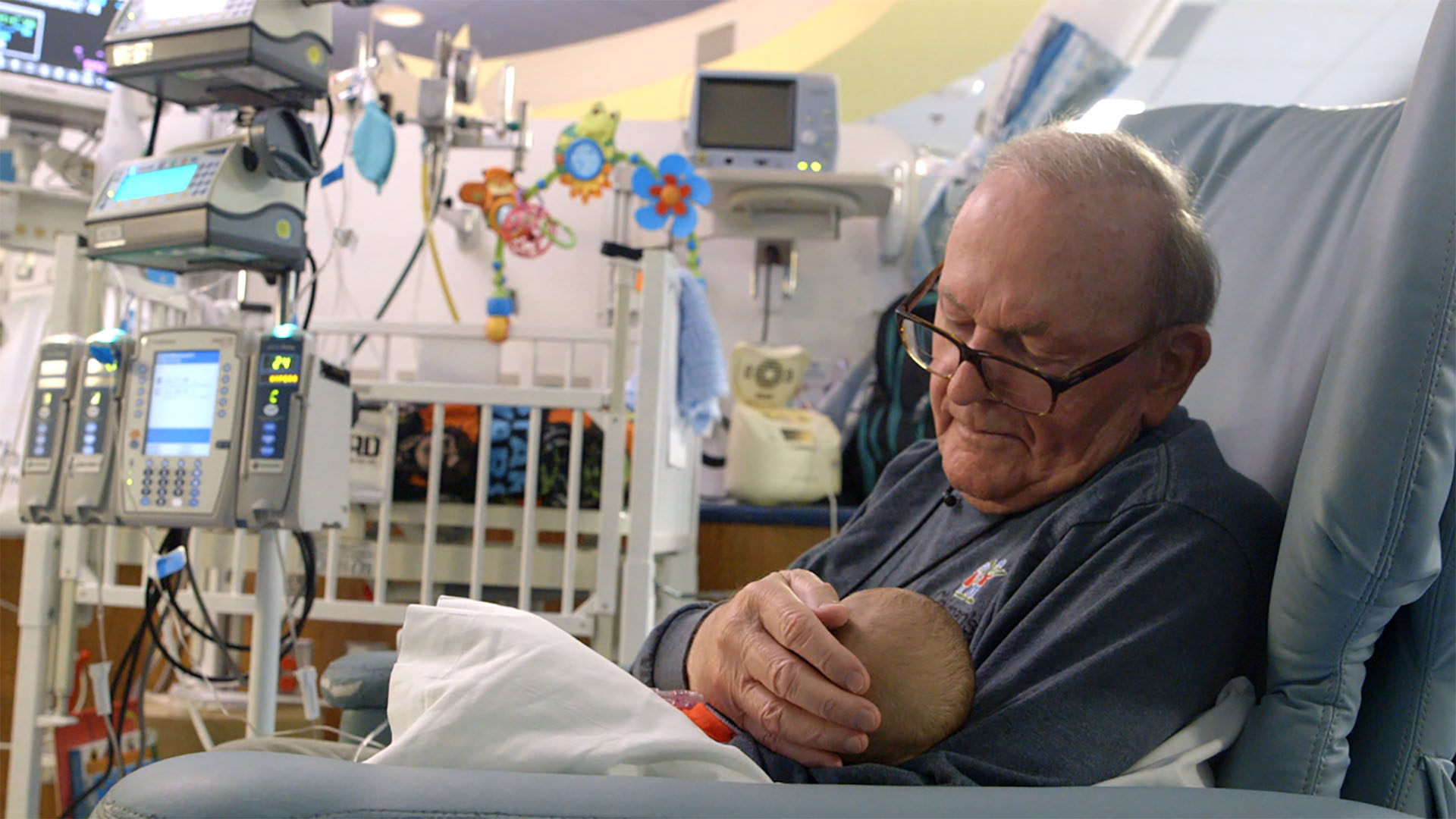 These were the nicknames that David Deutchman earned by volunteering for 14 years at Children’s Healthcare of Atlanta at Scottish Rite.

Every Tuesday and Thursday, Deutchman would head to the hospital to comfort and care for sick and premature babies.

On November 14, Deutchman died at the age of 86, just 17 days after being diagnosed with stage IV pancreatic cancer, his family said.

“We’re grateful for every minute of every day we got with this great husband, father and grandfather,” his daughter, Susan Lilly told CNN.

Why he was called ‘the baby whisperer’

Many people only set foot inside a hospital when there’s a medical need to, or an emergency. But Deutchman was not like most people.

He spent his career working in international sales — and after he retired, he decided to start volunteering.

“He was at a physical therapy appointment in the neighboring building and he saw the hospital and just popped in,” Lilly said. “He said, ‘I want to do something with kids.”

That lead to his next act: becoming “the baby whisperer,” Lilly said.

Joanna Slade, a nurse at Children’s Healthcare of Atlanta, who worked with Deutchman in the hospital for eight years, said she never saw a baby crying in his arms.

“He was a very soothing presence to our children,” Slade said. “He would always be there to cuddle the child when the parents or family couldn’t be there.”

Volunteering in the neonatal intensive care unit takes specialized training. Once Deutchman had completed his training, he became well known throughout the hospital and often formed long relationships with the families he met.

“He just really had an incredible touch comforting babies,” Lilly said. “And then, often their parents.”

But, Lilly added, “He always said the impact on him was far greater than what he thought he had on them. He got so much from it.”

His community held a drive-by parade in his honor

Once Deutchman’s diagnosis became known, the staff at Children’s Healthcare of Atlanta and his “kids” began to show their “ICU Grandpa” how much he meant to them.

Slade and the staff at Children’s Healthcare of Atlanta organized a drive-by parade in front of his home that featured a NICU transport truck and cars decorated with balloons, hearts and well wishes.

“The love was palpable,” Lilly said. “There’s very little that anyone can say or do when you’re in grief like this, but our family definitely recognizes and appreciates the outpouring of love from those he touched.”

Slade said she hopes that Deutchman’s legacy will continue to provide some comfort to families in the future.

“I certainly hope that families who have lost a child take a little comfort in knowing that there’s an ICU Grandpa with open arms waiting to comfort them.”