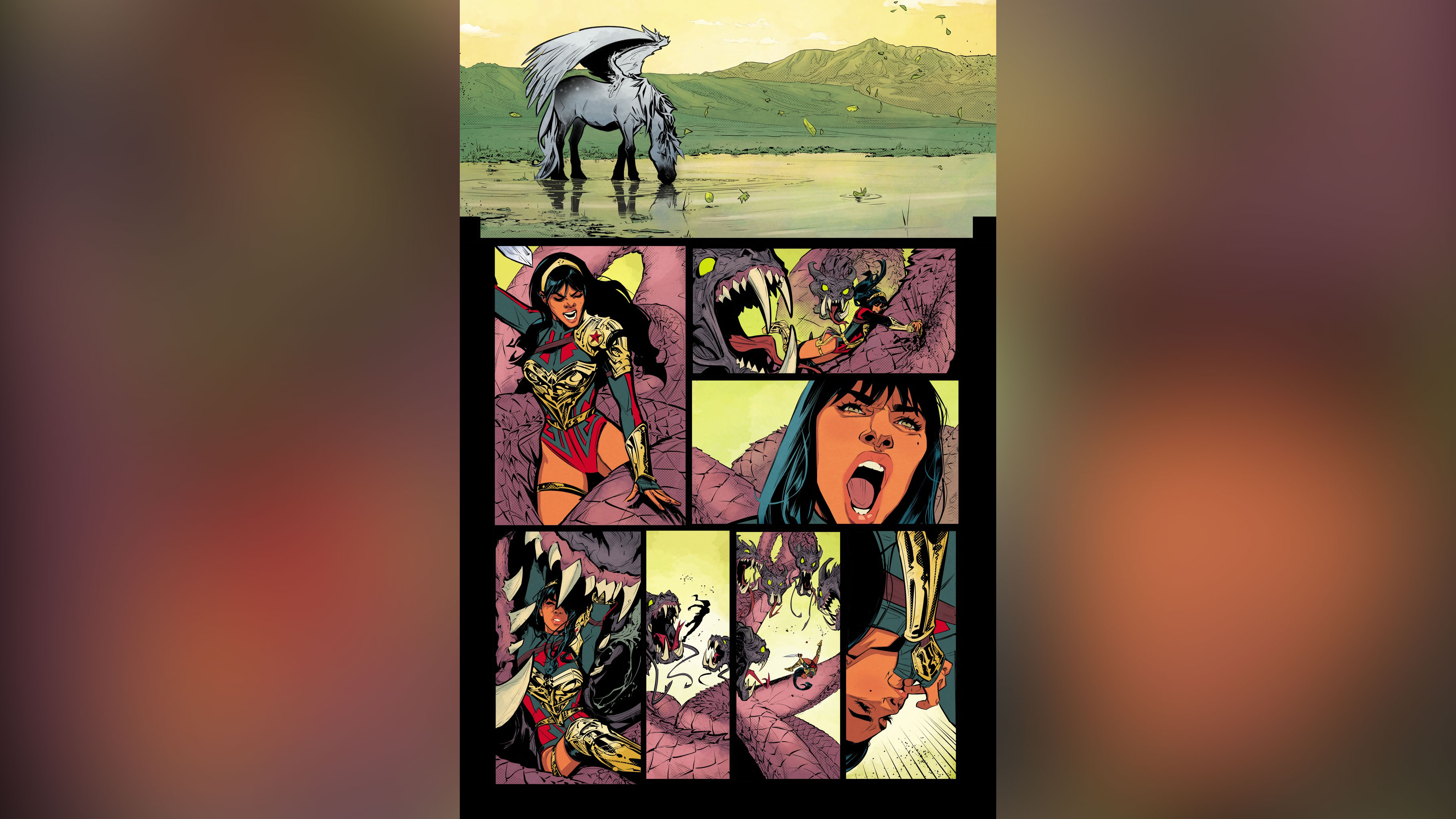 The DC Comics universe is about to get even more diverse with a new Latinx character taking on the role of “Wonder Woman.” Get ready to see the new hero on the small screen, too.

DC Comics unveiled Yara Flor as the next iteration of Wonder Woman in a series of upcoming comic books scheduled to kick off in January 2021.

“The DC Universe has always been fertile ground for new and refreshing takes on our characters,” DC Executive Editor Marie Javins said in a statement.

The fictional Latina character was born of an Amazonian Warrior and a Brazilian River God. When she discovers her super powers, she uses them to fight the evil forces seeking to destroy the world.

“Yara Flor will not be taking over the Wonder Woman role permanently. The character will be part of a two-month publishing event called DC Future State, where she’ll be Wonder Woman in a possible future,” DC Comics tells CNN.

The character of Yara Flor rises “out of obscurity,” according to the comic book publisher, to “protect Man’s World from the magic that lies within it.” The adventure will have her journeying to the Underworld for a daring rescue.

This miniseries features an older Flor after she’s already inherited the Wonder Woman cape from Diana Prince. But the superhero isn’t stopping there.

CW is developing a live-action series that will focus on Flor when she was younger, called “Wonder Girl” based on the DC characters created by Joëlle Jones. Dailyn Rodriguez is on board as an executive producer, working with Berlanti Productions.

Rodriguez, whose previous credits include “Ugly Betty” and “Queen of the South,” is set to be writing the series. The show is being produced in association with Warner Bros. Television.

The proposed one-hour drama features a take on the longtime character that will be new to most Wonder Woman fans. If it gets the final green light, it would make Wonder Girl the first-ever Latinx superhero to headline a DC Comics television show, joining The Flash, Batwoman, and the upcoming Superman & Lois on the CW network.

For DC Comics, Yara Flor isn’t the first Latinx character in a starring role. ‘Green Lantern’ Jessica Cruz has been part of the DC universe since about 2013.

DC Comics says there may be additional comic book plans for Yara Flor in the future.