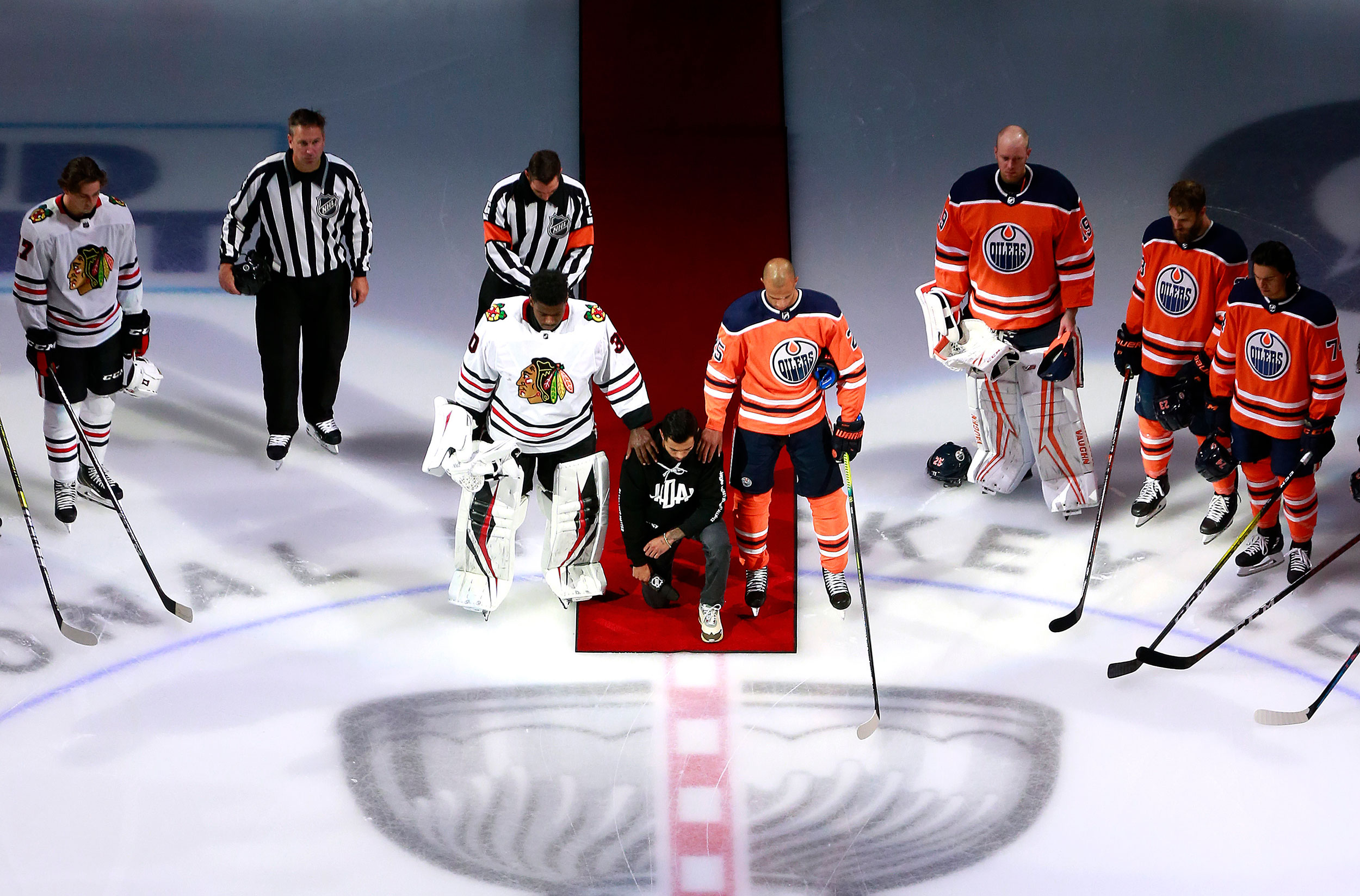 Matt Dumba became the first National Hockey League player to kneel during the US National Anthem on Saturday.

The Minnesota Wild defenseman knelt during Saturday’s game between Edmonton Oilers and Chicago Blackhawks while wearing a Hockey Diversity Alliance hoodie with “Black Lives Matter” written on the sleeves. Dumba, who is Canadian, stood for the Canadian anthem.

“For those unaffected by systemic racism, or unaware, I’m sure that some of you believe this topic has garnered too much attention during the last couple of months. But let me assure you, it has not,” Dumba said prior to kneeling. “Racism is everywhere — and we need to fight against it.”

While Dumba is not on either of the teams that played Saturday, he is part of the Hockey Diversity Alliance, an organization that formed in June consisting of seven former and current NHL players. The organization’s mission is to “eradicate racism and intolerance in hockey,” according to the NHL.

“I know first-hand, as a minority playing of the great game of hockey, the unexplainable and difficult challenges that come with it,” Dumba said Saturday.

He added that he hopes his actions and those of the HDA inspire a new generation of hockey players and fans.

“Black Lives Matter. Breonna Taylor’s life matters,” Dumba said. “Hockey is a great game, but it could be a whole lot greater and it starts with all of us.”

Dumba joins a long list of athletes, including LeBron James, Tiger Woods and Kareem Abdul-Jabbar, speaking out about police brutality and the fight for Black lives.