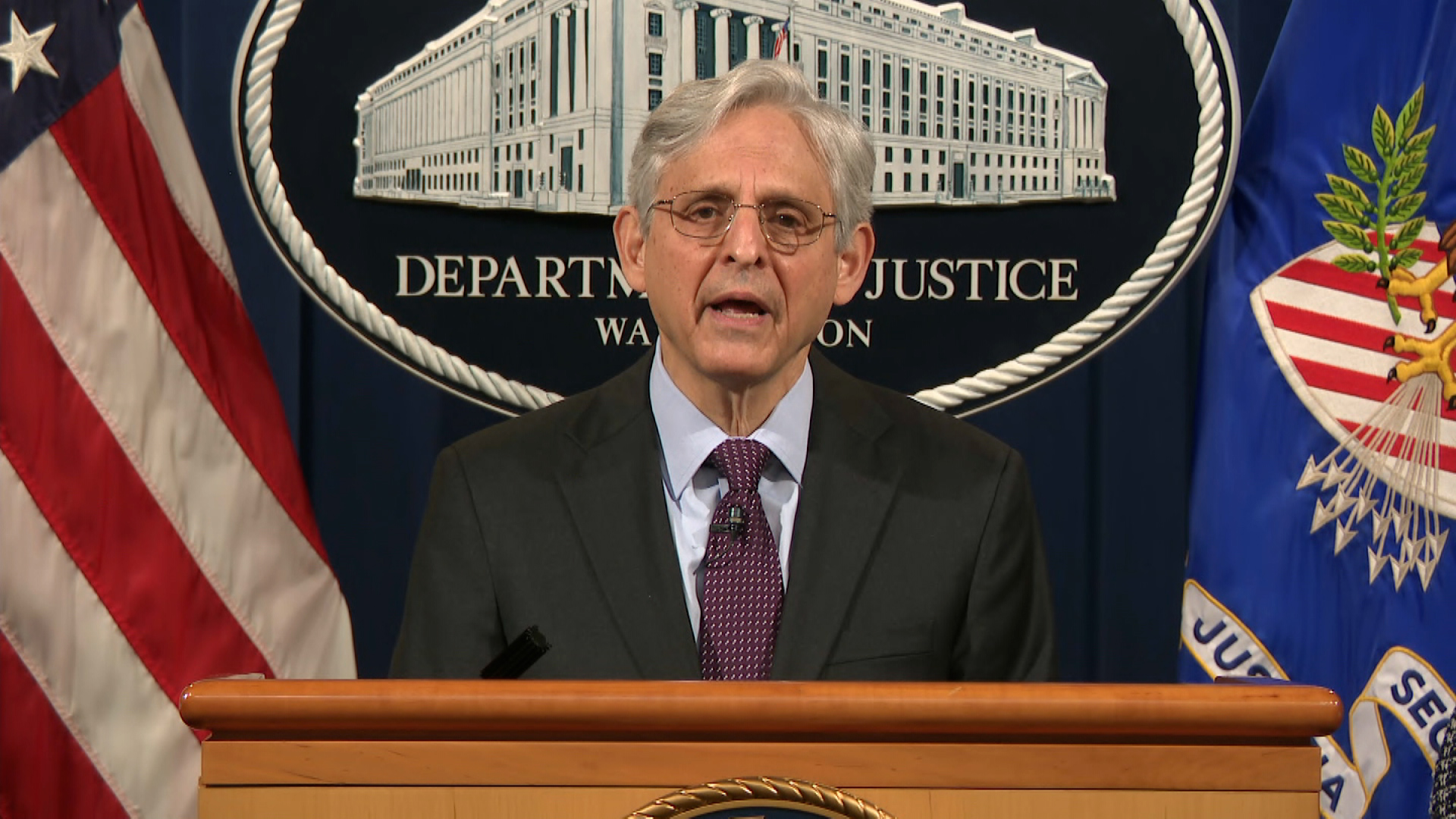 Merrick Garland stepped into his first congressional hot seat as attorney general Tuesday morning, testifying before the House Appropriations Committee to propose a multibillion-dollar budget increase for the Justice Department.

Part of the funding boost is needed to combat domestic terrorism, which Garland said keeps him up at night.

“We have a growing fear of domestic violent extremism, and domestic terrorism. Both of those keep me up at night every morning, virtually every morning I get a briefing from the FBI and both one or the other or both areas,” the attorney general said.

The “lethality of weapons available to these kind of terrorists both foreign and domestic has increased,” he added, noting the way extremists communicated has also changed.

“The consequence of the internet and encryption means that they can send information and make plans much more swiftly and in greater secrecy than could have been done before,” Garland said. “So, we have a an emerging and accelerating threat.”

At the same time, Garland emphasized the Justice Department’s emphasis on the Civil Rights Division. DOJ recently announced investigations into the practices of the Minneapolis and Louisville police departments in rapid succession last month, as well as criminal charges against three Georgia men accused of killing Ahmaud Arbery.

“Almost 65 years after its creation, the Civil Rights Division’s work remains vital to addressing unlawful discrimination and bias. Our budget seeks to increase the Department’s civil rights funding by $33 million, providing a total of $209 million for the Civil Rights Division, the Community Relations Service, and related civil rights work,” Garland said in his opening comments, which were released Monday night.

The chairman of the Justice appropriations subcommittee, Democratic Rep. Matt Cartwright of Pennsylvania, said the increase for civil rights enforcement “is sorely needed” and said it was an “historic opportunity to address systemic barriers to full participation in society, ensure access to economic opportunities and protect the right to vote.”

Rep. Robert Aderholt of Alabama, the panel’s top Republican, said he is “concerned” that implementing the multi-billion dollar budget “would irresponsibly invest taxpayer dollars in initiatives that lack the proper grounding in evidence or science, such as the highly questionable gun buyback schemes and controversial restorative justice programs.”

Garland and his leadership team, including Vanita Gupta, who was confirmed as associate attorney general only two weeks ago, have moved swiftly to tackle some of the biggest civil rights issues confronting the country.

The attorney general included voter rights protections in his multimillion-dollar increased budget for the Civil Rights Division and noted that “prosecuting hate crimes like those experienced by our Asian American and Pacific Islander communities during the COVID-19 pandemic, DOJ’s civil rights work is critical to protecting the American dream.”

Meng asked how the Justice Department will help bring “restorative justice” to communities plagued with hate crimes and violence, Garland admitted that while he was aware of the increase in those crimes, he only “recently realized” the “extremely important” need to increase the Justice Department’s community relations efforts.

“Sadly, I learned we only had about 26 or 27 total members of the Community Relations Service at this point,” he said. “A significant part also of the money will increase for Civil Rights Division, will go to hate crime prosecutions … and the additional money we’ll be able to look into that further also right that prosecution isn’t the only solution.”

The budget, Garland said, will include $120 million for the Justice Department’s Office on Violence Against Women “to expand our efforts to address widespread rape kit backlogs and to fund new investigative training programs for law enforcement officers and prosecutors in units dedicated to investigating gender based violence.”

Garland said he is “very concerned” with the backlog of nearly 1.3 million cases pending in immigration courts and backed “a 21% budget increase for the Executive Office for Immigration Review will help support 100 new immigration judges, improved technology, and other efficiency mechanisms to reduce” the backlog.

Rules against ghost guns are in the works

Garland told lawmakers that the Justice Department’s Bureau of Alcohol, Tobacco, Firearms and Explosives (ATF) is expected to propose an effort to combat against ghost guns, self-assembled firearms that can be built within 30 minutes for unlawful acts.

“ATF has in the works right now working up a proposal for rulemaking which should be called a Notice of Proposed Rulemaking, which should be coming out. Pretty, pretty soon. To address this question, there’ll be a rulemaking period,” Garland said when asked by New York Rep. Grace Meng, a Democrat, how the department could tackle ghost guns.

“We do believe that taking the burden off of law enforcement, particularly with respect to some of these very high-risk contacts with people who have mental disabilities or who are in crisis, or any other reason, and to bring along the substitute for workers, and mental health care professionals is a good way to reduce risk for the officer, and for the person who’s involved,” Garland said.

Cartwright raised another issue that hit close to home for Garland, who served as a federal appellate judge on the DC Circuit Court of Appeals for almost 24 years. The chairman asked the attorney general if he agreed whether the federal judiciary faces a more dangerous security environment now than in the past, specifically referencing the gunman who killed the son of federal Judge Esther Salas in July 2020.

“I do, Mr. Chairman,” Garland told Cartwright. “I think with the rise of domestic violent extremism, judges as is true of many other government officials, that both in the federal and state governments becoming more likely to be targets. So this is something we have to be very, very concerned about.”

Garland added that the budget for the US Marshal services, who are responsible for protecting federal judges, should increase to extend judicial security.

This story has been updated with details from Tuesday’s hearing.