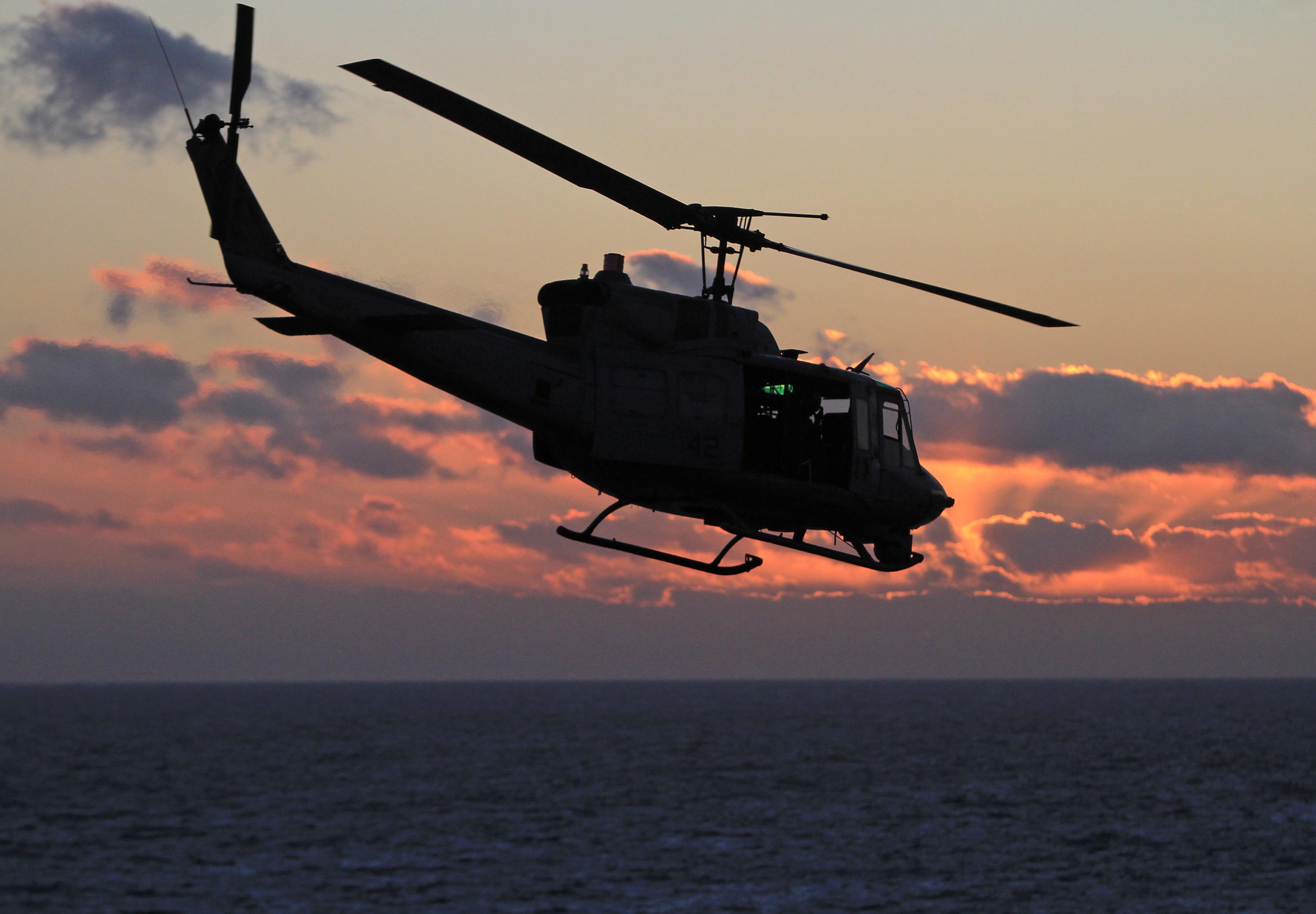 A US Air Force helicopter was shot at near Manassas, Virginia, on Monday injuring one of two pilots on board, according to an Air Force official.

The UH-1N was flying 10 miles northwest of Manassas on a routine training mission at an altitude of 1,000 feet when the incident occurred. It landed safely at Manassas Regional Airport west of Washington, DC, and the pilot was taken to hospital where they were treated and released, the official said.

The incident is now under FBI and Air Force investigation to determine if the helicopter was deliberately shot at or if someone was randomly shooting into the air. The aircraft will be closely inspected for other damage, the official added.

The airport operations officer Richard Allabaugh reported its air traffic control tower was notified of an “an onboard emergency on a military helicopter that was inbound.”

Paramedics were called to the airport.

The US Air Force 316th wing only confirmed an incident occurred and that the helicopter made an emergency landing on Monday.

“A UH-1N Huey helicopter assigned to the 1st Helicopter Squadron at Joint Base Andrews conducted an emergency landing at 12:43 pm on August 10th in Manassas, Va during a routine training mission,” the statement read.

“The Office of Special Investigations is fully engaged with our FBI colleagues on this incident. OSI take threats to our Airmen and our resources very seriously. As this is an ongoing investigation, no further investigative details can be released at this time,” it added.

McClatchy was first to report the shooting.

“WFO is working jointly with our law enforcement partners, including the Air Force Office of Special Investigations, to determine the circumstances surrounding the incident. One individual in the helicopter sustained a non-threatening injury, for which he was treated and subsequently released from the hospital The FBI asks that anyone near this area at the time of the incident who may have information please call the FBI at 202-278-2000,” they added.