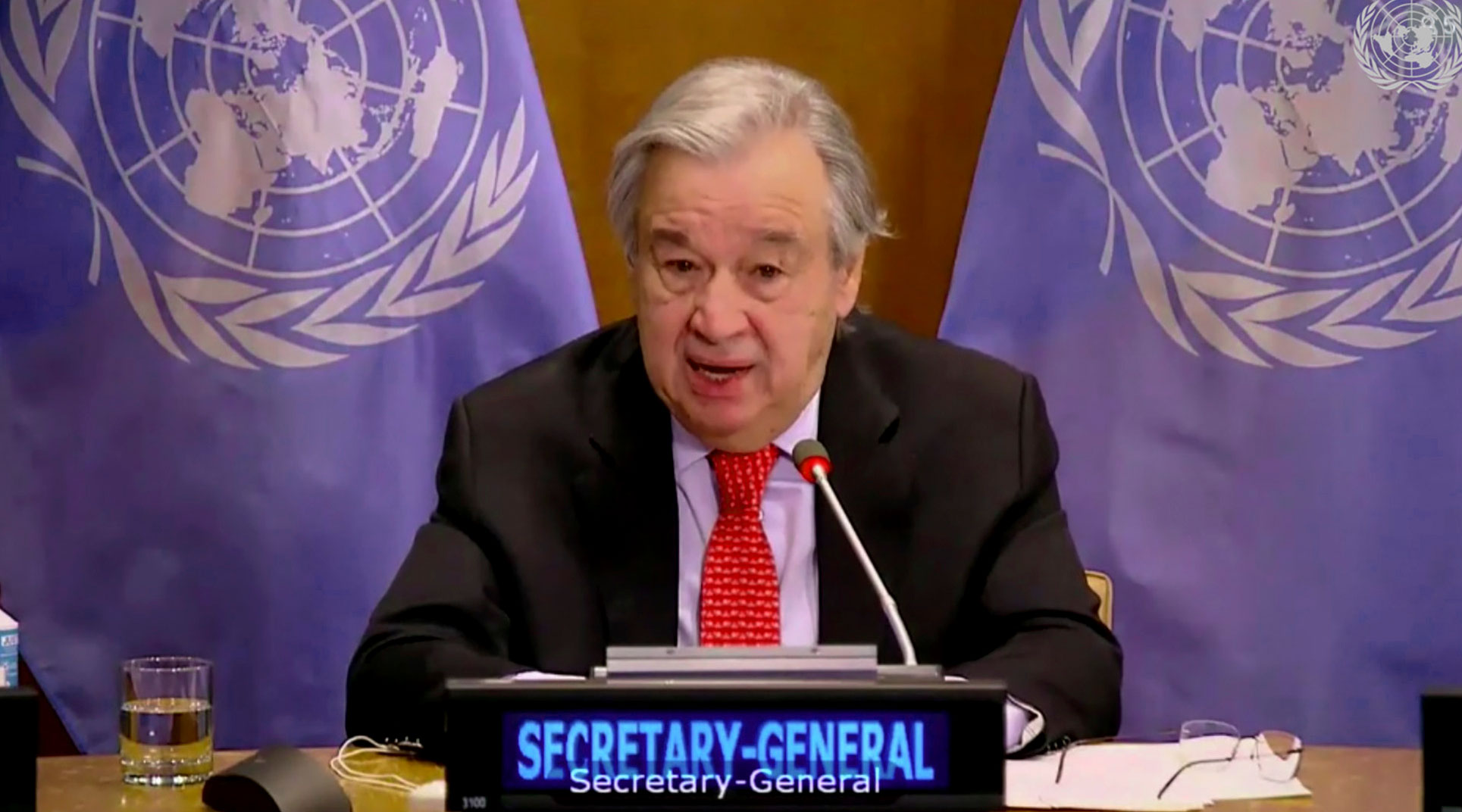 Just 10 countries have administered 75% of the world’s available Covid-19 vaccine supply, while more than 130 countries haven’t even received their first doses, according to United Nations Secretary-General António Guterres.

It’s unfair, Guterres said, that so few countries should control the bulk of the world’s vaccine supplies. To address that inequity, the secretary-general proposed that members of G20 create an emergency task force to promote global vaccine access.

“At this critical moment, vaccine equity is the biggest moral test before the global community,” he said in a virtual meeting on Wednesday with the UN Security Council.

Around 188 million vaccine doses have been administered worldwide, according to the digital database Our World in Data. Tens of millions of those doses have gone to the United States, China, the United Kingdom and Israel.

Guterres didn’t name the 10 countries that have administered three-quarters of all Covid-19 vaccines. But the US is certainly among them — more than 72.4 million vaccines have been distributed there, and more than 56 million of them have been administered, according to the US Centers for Disease Control and Prevention.

The proposed task force would include members of the Group of 20. That’s made up of countries with the world’s largest economies, which would provide the money and scientific expertise to make vaccines more accessible for countries in the “Global South,” which includes countries in Africa, Latin America and South America.

The task force would perform similar functions as COVAX, an initiative from the Vaccine Alliance known as Gavi and the World Health Organization (WHO). That initiative was created to buy vaccines in bulk and send them to poorer nations that can’t compete with wealthy countries in securing contracts with the major drug companies.

COVAX is working toward delivering 2 billion vaccine doses to countries in the Global South.

Guterres’ suggestion comes the same week that Mexico indicated it would file a complaint at the UN Security Council over the “unfair” vaccine rollout, which Foreign Minister Marcel Ebrard said favors richer countries.

Mexico, which signed purchase agreements for the eventual delivery of more than 230 million doses of various Covid-19 vaccines, has delivered 750,000 doses so far.

In January, Guterres urged countries to commit to sharing excess vaccine doses, specifically calling out the richest countries in the world that have received millions of doses.

“The world’s leading economies have a special responsibility. Yet today we are seeing a vaccine vacuum. Vaccines are reaching high income countries quickly, while the world’s poorest have none at all,” Guterres said in a video message last month.