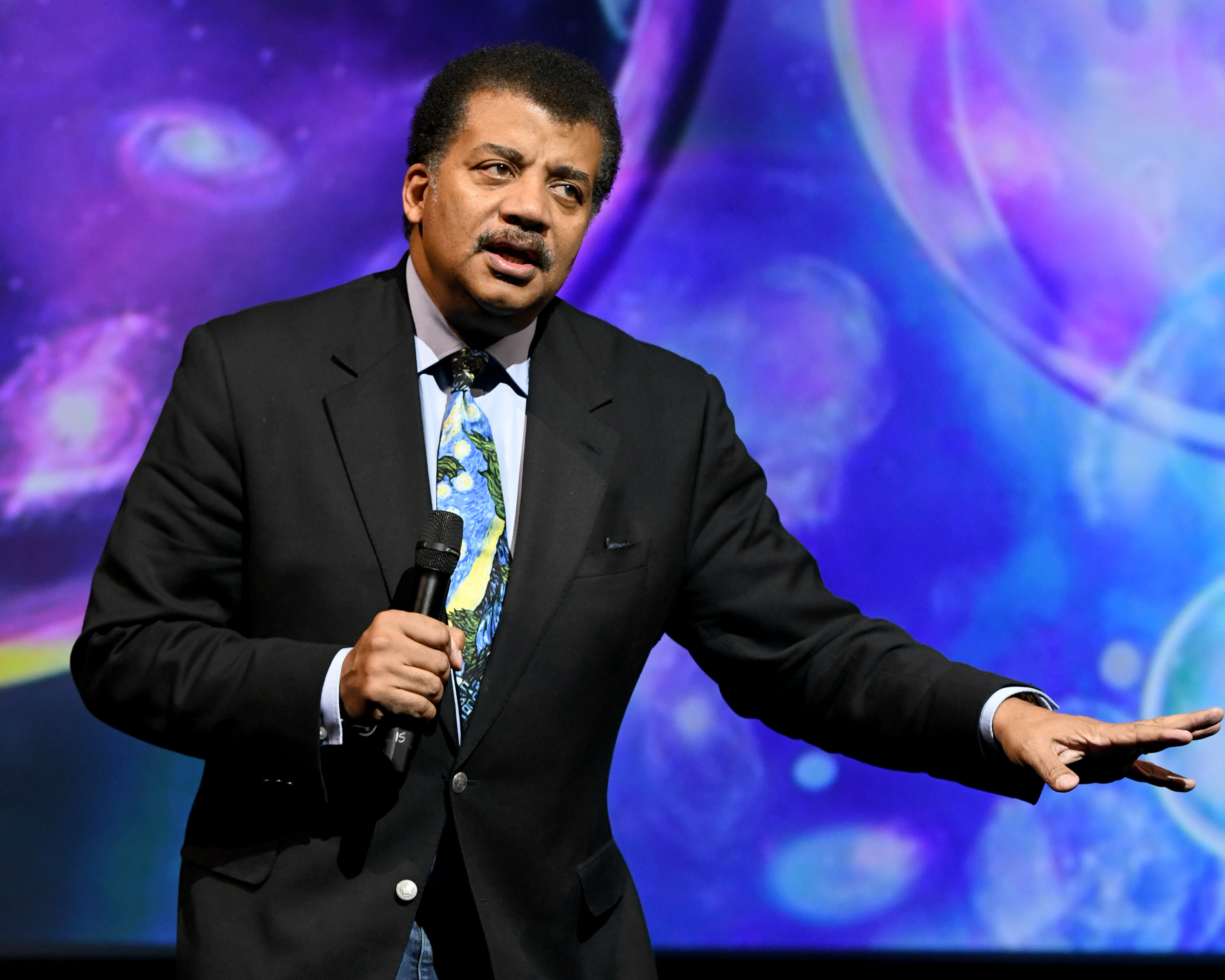 Neil deGrasse Tyson is a man of many parts, constantly on the go. In his day job, he is the director of the Hayden Planetarium at the American Museum of Natural History in New York, as well as a noted astrophysicist who has made many contributions to cutting-edge space science.

Tyson is better known, however, for the work he does in his other life as a good-natured ambassador of user-friendly science, explaining difficult concepts about the universe to nonspecialist readers, viewers and listeners. That includes his popular National Geographic television series “Cosmos” and his new book “Cosmic Queries,” published by National Geographic last month.

CNN spoke with Tyson about his new book in a spirited conversation, which has been edited for length and clarity.

CNN: Your new book has its origins in your science podcast “StarTalk,” which has a huge international following. Could you tell us a bit more about the birth of “Cosmic Queries”?

Neil deGrasse Tyson: “Star Talk” has been running for 12 years now. I’m proud of that, because the last time I counted there were more than a million podcasts in the world, and we’ve managed to carve out a niche among all those other programs.

One of them is “Science Friday” on NPR, where people tune in because they already know they like science, no matter what the topic. But I thought, “Suppose you don’t know that you like science? How are we going to get you into it?”

We do that with the podcast by making science fun and infusing it with pop culture and comedy. People already have the scaffold of popular culture, and we clad it with science, with comedians instead of journalists interviewing our scientist guests.

One of the formats of “StarTalk” is called “Cosmic Queries,” where we solicit questions from our fan base through all the social media platforms. The book grew from those questions — some of which don’t really have answers.

CNN: Sheldon Cooper, the fictional physicist in “The Big Bang Theory” — in which you made a cameo appearance after voting to demote Pluto from planetary status — would surely frown on philosophers tinkering with physics, and perhaps on physicists asking big philosophical questions.

You charge into many such questions fearlessly in your new book. Are scientists less constrained by notions of coloring within strict disciplinary lines these days?

Tyson: We didn’t really understand how things worked until disciplines that had been stovepiped came together. Before the 20th century, science was called “natural philosophy.” There were no separate departments of physics, biology or chemistry.

Now everything old is new again, or perhaps everything new is old again. Our inquiries are more interdisciplinary. Biology needs chemistry, so we have biochemistry. We have biophysics. We have astrobiology. We have my own field, astrophysics. We’re off to the races. We’re even seeing a new field, neuroscience, being born before our eyes. It may replace psychology, since we can really get inside your head now.

It’s natural that astrophysicists ask big questions: How did the universe begin? Are we alone? Are we in a multiverse? Are we in a simulation? How will it all end? You can’t just say “yes” or “no.” Such questions require more care and feeding, and sometimes they require us to say that we just don’t know.

CNN: What’s the thorniest question you raise in the book?

Tyson: You go to the North Pole and ask Santa which direction north is, and the question will be meaningless because there is no north at the North Pole. A philosopher might want to think about it, but a scientist marches on, declaring the question to have no meaning.

It’s not just one question. I’d say that the last third of the book circles around whether we’re even asking the right questions. It’s true that there’s no such thing as a bad question, but the answers to some questions might not have any relevance to anything.

Out on the frontiers of science, we can waste whole careers chasing the wrong answers. We’ve got to ask the right questions. To me, that’s disturbing — disturbing and exciting.

CNN: Another thorny question that you address is the possible — even probable — existence of other intelligent life forms out there. Stephen Hawking said, “If aliens visit us, the outcome would be much as when Columbus landed in America, which didn’t turn out well for the Native Americans.” If extraterrestrials do come to visit us, are we toast?

When any civilization with an advanced technology interacts with one with a less advanced technology, it has never boded well. Maybe the aliens will be better behaved than us. On the other hand, we haven’t left low Earth orbit for 40 years, whereas the aliens will have the technology to cross the vast gaps of interplanetary space — interstellar space, for goodness’ sake. It could be very bad for us, for sure.

CNN: You’re renowned as one of the great popular explainers of science, on par with someone I know you admire, Carl Sagan. What scientific question outside of your field of expertise would you like some other scientist to address?

Tyson: It’s a little odd that I should have the visibility that I do. It’s a little odd that Carl Sagan studied and I study the universe. It’s interesting to me that two astrophysicists should have this level of recognition. And there’s Stephen Hawking, too. We know him not because of his scientific work, but because of his popular book “A Brief History of Time,” which catapulted him into pop culture — and it’s a book about the origins of the universe!

If I had my druthers, I’d want a chemist, a biologist, an engineer, a philosopher to have this visibility. More than one of each, since if there’s just one, something is wrong. You want to be able to shop around, but you can’t really walk up to somebody on the street and ask them to name a famous chemist.

We’d all be out there talking about big questions. But maybe it’s just that people really like the universe. Maybe I’m not delusional when I think, “Doesn’t everyone just look up at the sky and wonder where it all came from; how it will all end?”

CNN: We just passed April Fools’ Day. In that spirit, can you tell us a favorite science joke?

Tyson: Well, here’s a G-rated one that works for third graders: “Why can’t you trust an atom? Because they make up everything.” And here’s one for middle school: “A photon checks into a hotel. The bellhop says, ‘Do you have any luggage?’ And the photon replies, ‘No, I’m traveling light.'”