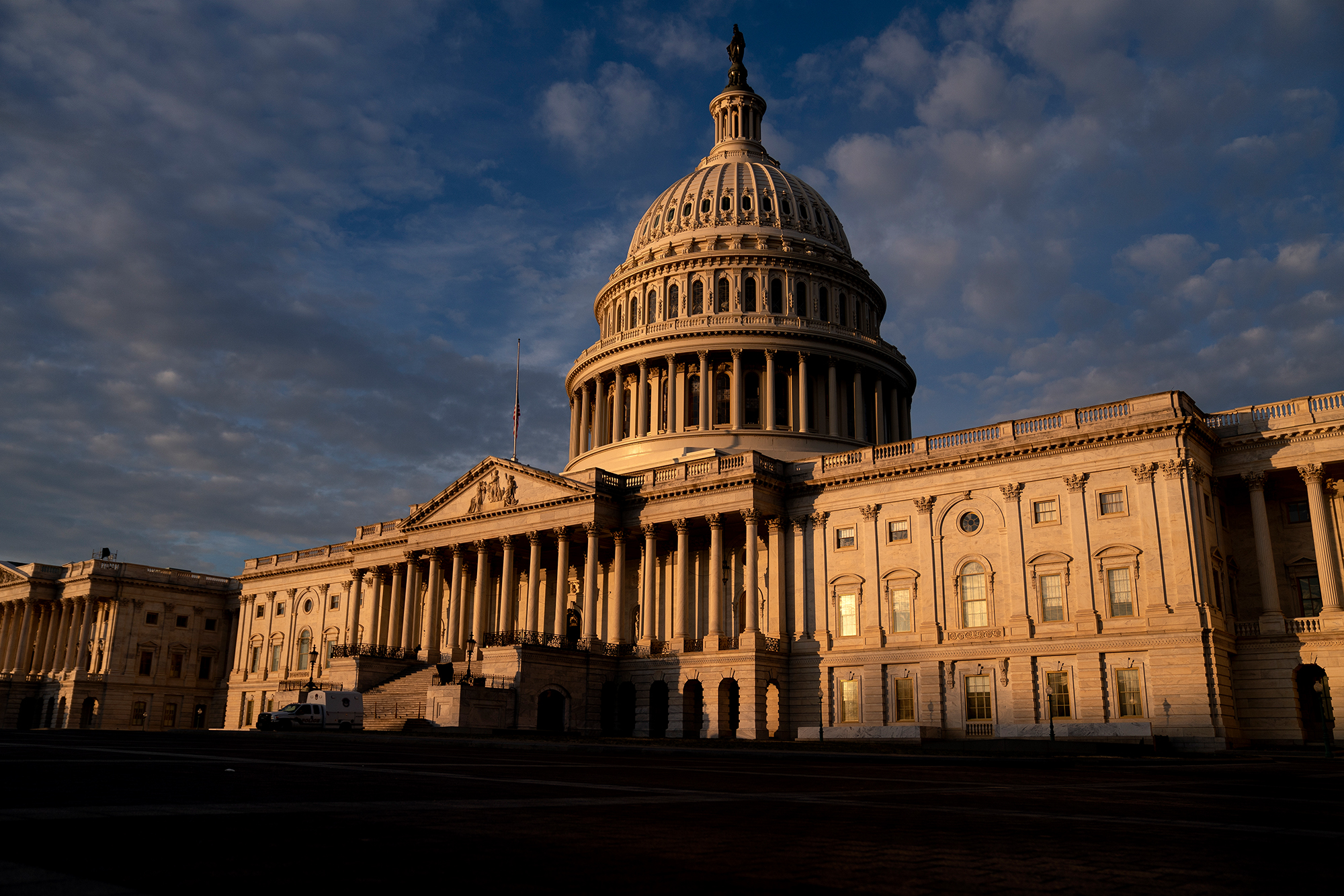 Airlines and the Transportation Security Administration are stepping up security for flights to and from Washington, DC, amid threats of additional violence.

The FBI has received information indicating “armed protests” have been planned at all 50 state capitols and the US Capitol in Washington in the days leading up to President-elect Joe Biden’s January 20 inauguration, according to an internal bulletin obtained by CNN.

In response, the TSA is increasing passenger screenings and airlines are banning some guns and alcohol and taking extra measures to keep airline crew members safe.

Delta Air Lines announced Thursday it will not accept firearms as checked baggage on Washington-bound flights.

“We’re going to not allow anyone to check a firearm into any of the metro DC airports starting this weekend and carrying through the next week, unless you’re law enforcement and you’re authorized to be carrying one,” CEO Ed Bastian said in an appearance on CNBC.

Passengers, with only a few law enforcement-related exceptions, are prohibited from carrying firearms, ammunition and other weapons onboard a plane. But the TSA does allow the transportation of an unloaded weapon in a locked and hard-sided container as checked baggage in a passenger plane’s baggage hold.

American Airlines told CNN Wednesday it is suspending alcoholic beverage service on flights to and from DC area airports between January 16 and January 21.

The airline said it also has revised its pre-departure announcements to further emphasize the importance of following crew member instructions and complying with mandatory face-covering policies.

There were reports of rowdy passengers on some DC-bound flights around the January 6 attack on the Capitol. Alaska Air banned 14 passengers on a January 7 flight from Washington Dulles Airport to Seattle because they were “non-mask compliant, rowdy, argumentative and harassed our crew members.

Bastian said that 99.99% of passengers have been well behaved, but said it would take action against problem passengers.

TSA told CNN Wednesday that it is instituting a second screening of some passengers boarding flights, in addition to standard screening procedures at TSA checkpoints.

“This is a routine practice and represents one of the multiple layers of security that we employ,” agency spokesman Carter Langston told CNN when asked about an account of TSA officers stopping passengers at the gate of a Washington-bound flight to check identification and bags.

“It may occur with greater frequency due to recent and upcoming events, but it is a routine practice,” Langston said.

The screening of Washington-bound passengers is in addition to a heightened security and police presence at the three DC-area airports that has included armored vehicles and a notable increase in the number of visible officers in terminals. TSA told CNN on Monday that the agency is on “high alert.”

American is relocating crew members from hotels in downtown Washington to those closer to airports. It will provide them private transportation between hotels and airports through January 24, and increase staffing at DC-area airports.

Airlines are also taking extra precautions during the pandemic. All the airlines have announced bans on future flights for passengers who do not comply with their mask mandates put into place last June.

Bastian said on a conference call Thursday that Delta has banned more than 800 passengers since the start of the mask mandate. A number of those have been banned in the last week, although he said that it’s “not a huge number.”

“We’re all on high alert, based on the events over the past couple of weeks up in Washington,” Bastian said on CNBC. “We are doing an awful lot in terms of gathering information and talking to the intelligence agencies both federal and local as well as FAA and TSA. We’ve increased the amount of security, both at airports and in the skies, seen and unseen.”

The Federal Aviation Administration also said it it is launching a “special emphasis enforcement program” to crack down on passengers who “assault, threaten, intimidate, or interfere with a crew member in the performance of a crew member’s duties.”

FAA Administrator Steve Dickson wrote in an order that the agency recently has seen a “proliferation” of incidents of passengers refusing to comply with pandemic-related safety measures, such as wearing masks, as well as an increase in bad behavior “following the January 6, 2021 violence at the US Capitol.” The agency can fine passengers up to $35,000 for violations.

On Tuesday the FBI has publicly acknowledged for the first time that it is considering adding individuals who attacked the US Capital last week to the federal no-fly list.

— CNN’s Zachary Cohen and Whitney Wild contributed to this report.