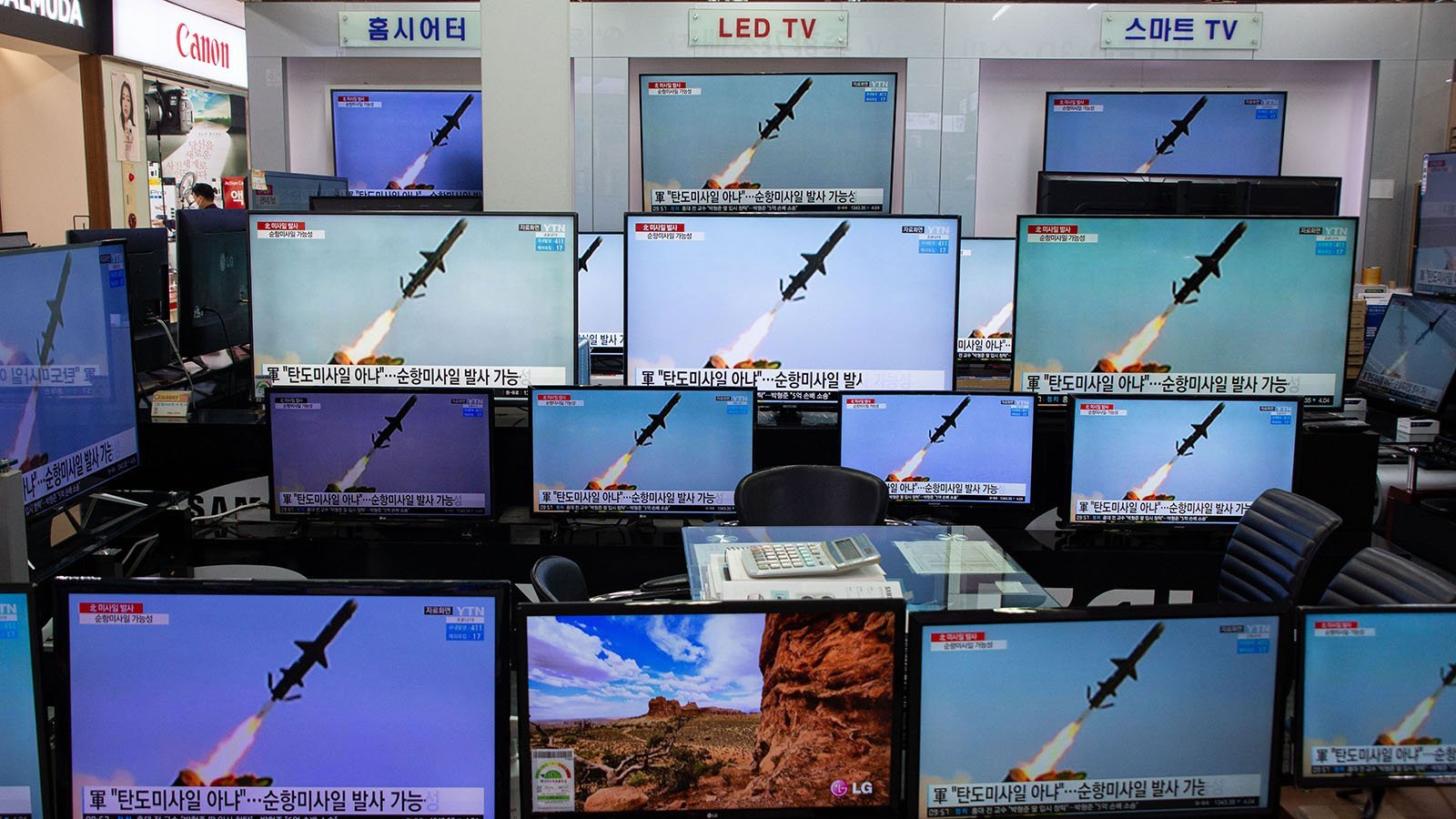 North Korea launched two ballistic missiles Thursday — the second such launch in less than a week.

South Korea’s joint chiefs of staff said in a statement that two short-range missiles had been fired from the Hamju area of South Hamgyong province toward the sea, off North Korea’s east coast, at 7:06 a.m. and 7:25 a.m. local time.

The projectiles flew about 450 kilometers (280 miles), reaching an altitude of 60 kilometers (37 miles), and are believed to have been ballistic missiles launched from the ground, the statement said.

The exact type of the missiles was unclear, a senior US official told CNN earlier, citing an intelligence briefing.

Seoul’s National Security Council, which convened following news of the launch, expressed “deep concern” and said it would review the security situation on the Korean Peninsula in coordination with the United States.

Speaking to reporters in Tokyo, Japanese Prime Minister Yoshihide Suga denounced the launch as a “threat to the peace and security” of Japan and contrary to United Nations resolutions.

“Japan lodges its serious protest and strongly condemns,” Suga said, urging the public to be “fully ready for the contingency situation.”

“It is necessary to enhance monitoring and surveillance more than before,” he added. “I have held an emergency National Security Council meeting. We will work closely together with related nations including the United States and South Korea, and we are determined to protect the people’s lives and peaceful livelihood.”

Earlier, Japan’s Defense Ministry said the projectiles were believed to have landed outside Japanese territory and its exclusive economic zone. Japan’s Coast Guard has warned ships to be on the lookout for falling debris.

The second test in less than a week

Last weekend, North Korea carried out its first weapons test since US President Joe Biden took office, according to three US officials, launching two projectiles in a move senior administration officials downplayed as falling “on the low end of the spectrum” of provocations.

Officials and experts had anticipated that North Korean leader Kim Jong Un would attempt to send a message to the Biden administration about the country’s importance in the region.

In that test, one US official told CNN that North Korea had launched short-range projectiles, possibly artillery or cruise missiles, not ballistic missiles — a key distinction which underscored the Biden administration’s view it was not a serious breach and will not prevent the US from pursuing diplomacy with Pyongyang.

But in a statement to the Senate Armed Forces Committee on March 16, US Air Force General Glen VanHerck warned the isolated regime could go further.

Pyongyang has “indicated that it is no longer bound by the unilateral nuclear and ICBM testing moratorium announced in 2018, suggesting that Kim Jong Un may begin flight testing an improved ICBM design in the near future,” he said.

‘When we practice attacking them, they practice nuking us’

A ballistic missile launch is a violation of UN Security Council resolutions, and “that’s going to make it a little harder for the Biden people,” said Jeffrey Lewis, a professor at the Middlebury Institute of International Studies, which specializes in open-source intelligence.

Lewis, who previously described the weekend’s short-range launches as a “two” out of 10, told CNN on Wednesday evening US time that the new ballistic launches would be “more than a two.”

But the launch wasn’t entirely unexpected, coming days after the US Secretary of State and Defense Secretary visited the region and following a joint US-South Korea military exercise. “When we practice attacking them, they practice nuking us. that’s just the yin and the yang of the thing,” said Lewis.

Though it remains unclear exactly what kind of ballistic missile was launched, Lewis said it seemed unlikely to be the more powerful long-range missile.

“For really long-range missiles, they tended to be picked up when they went up, and they stay aloft for 10-20 minutes. With the ICMBs, we heard about the launch before they came down, and that was a good giveaway,” he said.

“This time, they went up and they came down.”