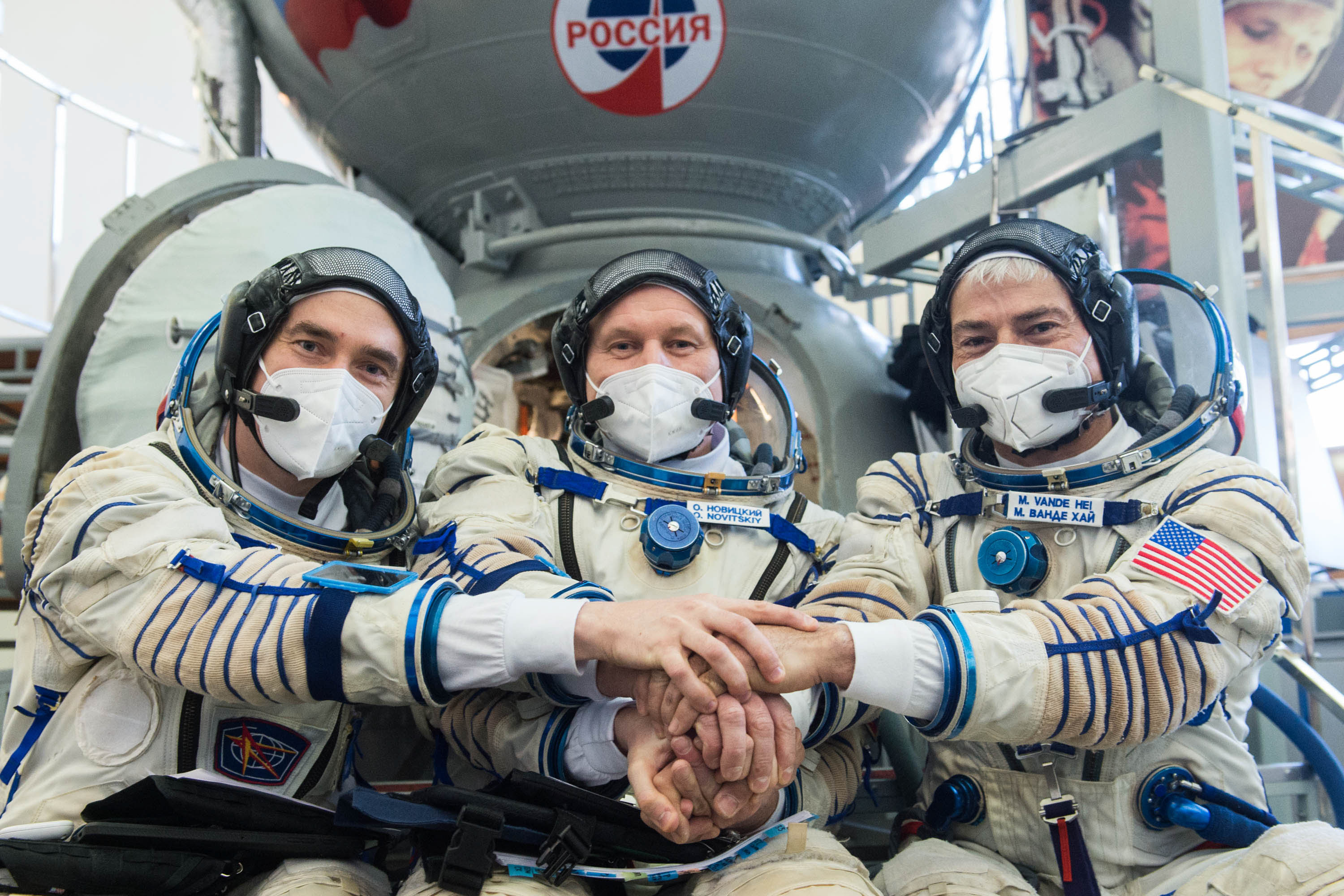 The International Space Station is the place to be in April. Multiple arrivals and departures this month make the floating laboratory seem more like a hotel.

The launch was aired live on NASA’s TV channel and website, with liftoff right on schedule at 3:42 a.m. ET. The first, second and third stage separations were smooth, leaving the spacecraft flying free with its deployed solar array and antennae.

The new crew docked to the station at 7:05 a.m. ET, and the hatches between the Soyuz spacecraft and the station will open around 9 a.m. ET. The docking and arrival will also air live.

This speedy trip to the space station, which includes two orbits of Earth and about three hours of travel time, is courtesy of the new Soyuz MS-18 spacecraft.

Their arrival will bring the total number of crew members on the station to 10 residents.

Astronauts on the space station have prepared for the new crew by setting up extra sleep stations and freeing up ports.

Russian cosmonauts Sergey Ryzhikov and Sergey Kud-Sverchkov, along with NASA astronaut Kate Rubins, recently relocated the Soyuz MS-17 capsule from its port to make room for the latest crew launching from Baikonur.

Ryzhikov, Kud-Sverchkov and Rubins arrived on the space station in the Soyuz capsule after launching from the Baikonur Cosmodrome in Kazakhstan in October.

Rubins, Ryzhikov and Kud-Sverchkov will return to Earth in the Soyuz MS-17 spacecraft on April 17.

Members of the historic NASA-SpaceX Crew-1, including NASA astronauts Victor Glover Jr., Mike Hopkins, Shannon Walker and Japan Aerospace Exploration Agency astronaut Soichi Noguchi, who launched from the US to the space station in November, will also return after the launch of Crew-2 next month.

Crew-2, which could launch April 22, will join Crew-1 on the space station before Crew-1 returns to Earth.

Vande Hei was selected as an astronaut in 2009 and had his first spaceflight experience on the space station from September 2017 to February 2018. During his 168 days aboard the station, Vande Hei conducted four spacewalks. This time around, Vande Hei and the crew will work on multiple experiments, including studies about Alzheimer’s disease and portable ultrasound devices.

Vande Hei’s flight on the Soyuz spacecraft is part of a contract with Axiom Space of Houston. In return, NASA will essentially save a seat on a future commercial spacecraft launch in 2023 for a non-NASA space station crew member.

While NASA works with Boeing and SpaceX to ensure safe crew transport to and from the space station using US-based launches, grabbing one seat on the Soyuz means that there will always be at least one US crew member on the space station.