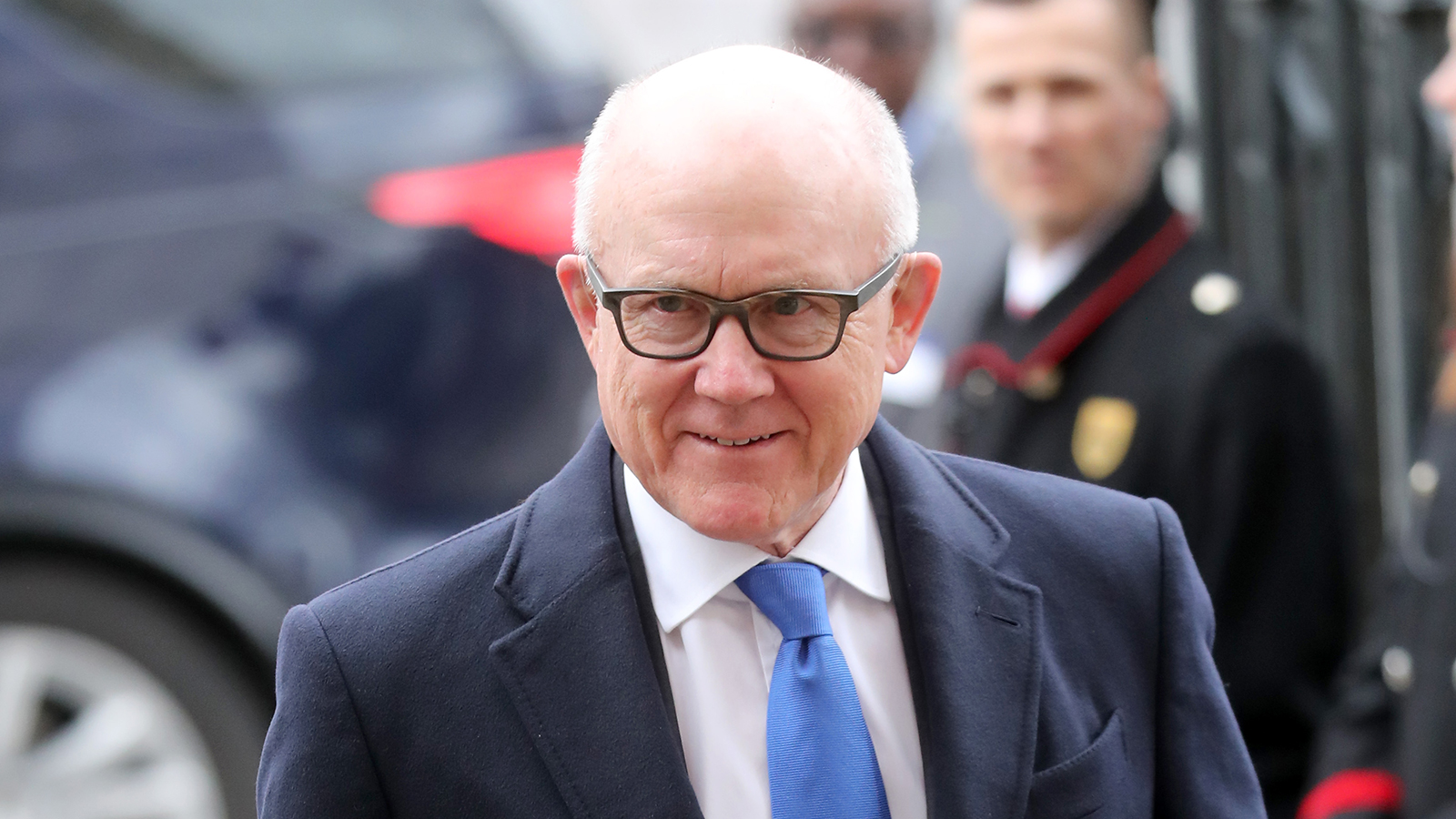 A State Department watchdog report on the American Embassy in London and the wider US diplomatic mission to the United Kingdom downplayed allegations that Ambassador Robert “Woody” Johnson made racist and sexist comments to staff, but states his management style had a “negative effect” on the morale of some staff and notes that “a more thorough review by the Department is warranted.”

The State Department disagreed with the call for an additional review of his “compliance with Department Equal Employment Opportunity or leadership policies” and proposed broader training for staff — an alternate proposal that was rejected by the watchdog.

“The recommendation can be closed when (the Office of Inspector General) receives and accepts documentation that the Bureau of European and Eurasian Affairs has met its obligations under (the department’s discriminatory harassment policy),” the report states.

CNN was the first to report on the accusations of Johnson’s inappropriate comments.

The 43-page report released Wednesday makes scant mention of the specific accusations against the ambassador. It also makes no mention of allegations that he attempted to use his official post to steer business to President Donald Trump’s personal property. A source familiar with the report said a separate report on those allegations is in the works.

The Office of Inspector General examined “executive direction, policy and program implementation, resource management, and information management operations at Embassy London” and operations at the consulates in Belfast and Edinburgh.

They “found that some staff were impacted by the Ambassador’s demanding, hard driving work style and it had a negative effect on morale in some embassy sections,” the report says.

“For example, some embassy staff told OIG that when the Ambassador was frustrated with what he interpreted to be excessive staff caution or resistance to suggestions about which he felt strongly, he sometimes questioned their intentions or implied that he might have them replaced. This caused staff to grow wary of providing him with their best judgment,” it notes, adding there was some improvement when the new deputy chief of mission arrived.

“In addition, OIG learned, through employee questionnaires and interviews, that the Ambassador sometimes made inappropriate or insensitive comments on topics generally considered Equal Employment Opportunity (EEO)-sensitive, such as religion, sex, or color,” the report says.

Citing the Foreign Affairs Manual — which guides the State Department — the report notes that “offensive or derogatory comments, based on an individual’s race, color, sex, or religion, can create an offensive working environment and could potentially rise to a violation of EEO laws.”

“Based on the information that OIG learned during the inspection, and pursuant to the requirements in 3 FAM 1526.2” — the section outlining the Department’s responsibilities under the “discriminatory harassment” policy — “a more thorough review by the Department is warranted.”

That section of the Foreign Affairs Manual states that “Employees who have been found by the Department to have discriminatorily harassed others may be subject to discipline or other appropriate management action.”

In his response to the draft report, dated May 27, Johnson said, “If I have unintentionally offended anyone in the execution of my duties, I deeply regret that, but I do not accept that I have treated employees with disrespect or discriminated in any way.”

“During my tenure as U.S. Ambassador to the United Kingdom and indeed for the entirety of my professional life, I have respected both the law and the spirit of EEO principles and have ensured that all employees under my direction do the same,” he wrote.

The watchdog recommended that the “Bureau of European and Eurasian Affairs, in coordination with the Office of Civil Rights, should assess the Chief of Mission’s compliance with Department Equal Employment Opportunity or leadership policies and based on the results of the review, take appropriate action.”

Both Johnson and the Bureau of European and Eurasian Affairs disagreed with the recommendation. The bureau said that “given the concern expressed, the Ambassador has viewed the Office of Civil Rights video on workplace harassment and has instructed all section and agency heads to do the same.”

“We do not believe a formal assessment is required, but propose that post and the Bureau work with (the Office of Civil Rights) to provide advice and additional training to all staff, including the Chief of Mission, to heighten awareness on these important issues,” Phil Reeker, the Principal Deputy Assistant Secretary of State for the Bureau of European and Eurasian Affairs, wrote in his response to the draft report.

It was the only recommendation in the OIG report with which they disagreed.

The watchdog said it considers its recommendation “unresolved” and will only close it “when OIG receives and accepts documentation that the Bureau of European and Eurasian Affairs has met its obligations under” the Foreign Affairs Manual.

“OIG acknowledges the actions that the mission has taken with regard to training of staff and the stated bureau proposal to work with the Office of Civil Rights to provide advice and additional training to all staff,” they said. “These actions, however, do not address the recommendation which calls for an assessment of Chief of Mission compliance with Department Equal Employment Opportunity or leadership policies.”

It is unclear how long it could take to resolve this disagreement between the watchdog and the department. Johnson’s tenure could come to an end later this year if Trump does not win re-election.

Asked if the Department would carry out the assessment in light of the OIG’s comments in the final report, a State Department spokesperson did not directly say. They noted that “the Bureau of European and Eurasian Affairs is committed to fostering a diverse and inclusive workplace and to upholding Department Equal Employment Opportunity principles.”

“My sense is that even though the language in the report is fairly mild, the fact that the OIG won’t accept the embassy’s response and is insisting that the State Department conduct an assessment of the ambassador’s adherence to EEO and leadership principles are potentially indicative of more serious underlying issues that were raised during the inspection,” said Lew Lukens, the former deputy chief of mission at the embassy in London. Lukens was no longer in the post during the OIG investigation.

A former embassy official said they “think that the Department should take the recommendation seriously and should speak with officers still working in the Mission and those that have recently departed.”

“They need to focus on the hostile work environment that (Johnson) created,” the official said. “The OIG statement does indeed vindicate the serious concerns raised by employees and it should be followed up with further review — from an external EEO team. It is hypocritical to create an EEO policy that does not apply to all US government representatives and employees.”

Allegations of racist and sexist remarks

CNN reported last month that Johnson was investigated by the State Department watchdog after allegations that he made racist and sexist comments to staff and sought to use his government position to benefit the President’s personal business in the UK, according to multiple sources.

Johnson, a Trump donor and political appointee who served as the top envoy since August 2017 to one of the United States’ most important allies, made racist generalizations about Black men and questioned why the Black community celebrates Black History Month, according to exclusive information shared with CNN by three sources and a diplomat familiar with the complaints to the State Department inspector general.

His comments about women’s looks have been “cringeworthy,” a source with knowledge of the situation said, and two sources said it was a struggle to get him on board for an event for International Women’s Day.

“He’s said some pretty sexist, racist,” things, the diplomat with knowledge of the complaints made to the IG said of Johnson, an heir to the Johnson & Johnson fortune and one of the owners of the New York Jets.

At the time of the CNN report, Johnson tweeted, “I have followed the ethical rules and requirements of my office at all times. These false claims of insensitive remarks about race and gender are totally inconsistent with my longstanding record and values.”