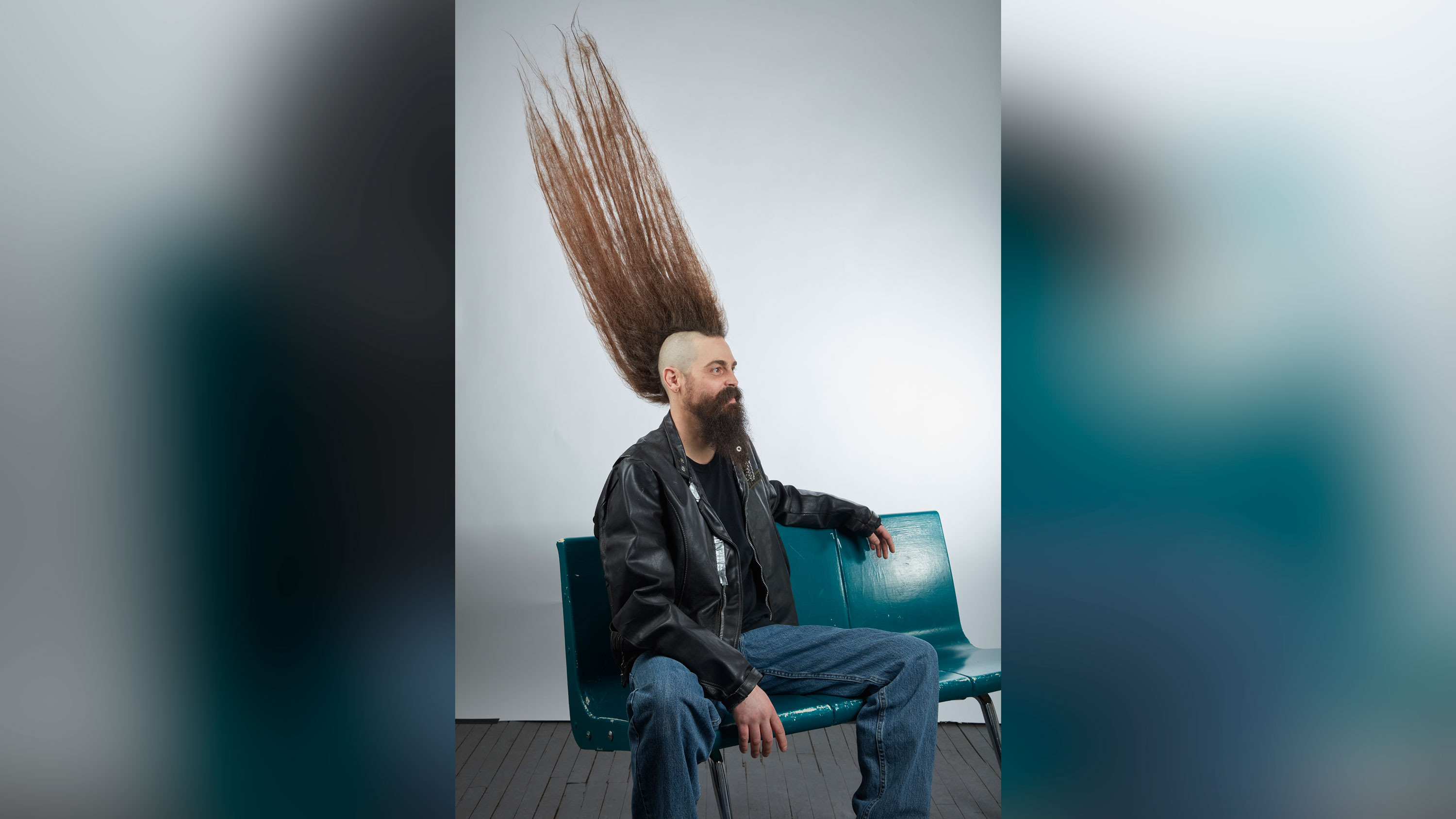 There is a new world record for the tallest Mohican mohawk, and it will give you all kinds of hair envy.

Joseph Grisamore, of Park Rapids, Minnesota, checks in with a mohawk fan over 42.5 inches tall, Guinness World Records said on its website.

“My favorite thing about the mohawk is just the rarity of it,” Grisamore told Guinness.

“I’ll admit that peoples’ reactions are pretty priceless too. I’m 6’1 tall, and my mohawk is pushing 4 feet now.”

Grisamore said that he doesn’t even use that much product. Usually he gets his hair stylist to tease the base so it can basically stand on its own.

“Doors aren’t over 7′ tall, ceilings 9′, and cars are impossible to get into — so I’m limited to where and how I move around when I’m all done up, but the crowd usually comes to me,” he said.

Grisamore said he wanted to break this record back in 2007 but was too afraid to shave the sides of his hair in order to qualify for the record.

He decided to try again and grew his hair to four feet in seven years, allowing him to break the record, according to the news release.

However, Grisamore doesn’t always wear his hair high. He works as an essential worker at a health care facility and usually keeps it braided and in two knots as to avoid sitting on it.

“I’m honored to be added to a list of one-of-a-kind record holders,” Grisamore said.

“My wife wants me to stay humble, but instead I’m considering becoming the ‘Mohawk King’, and attempting the tallest mohawk spike title, which is how I’d begun my journey with record-breaking in 2007.”

His accomplishment will be featured in the Guinness World Records 2021 edition.