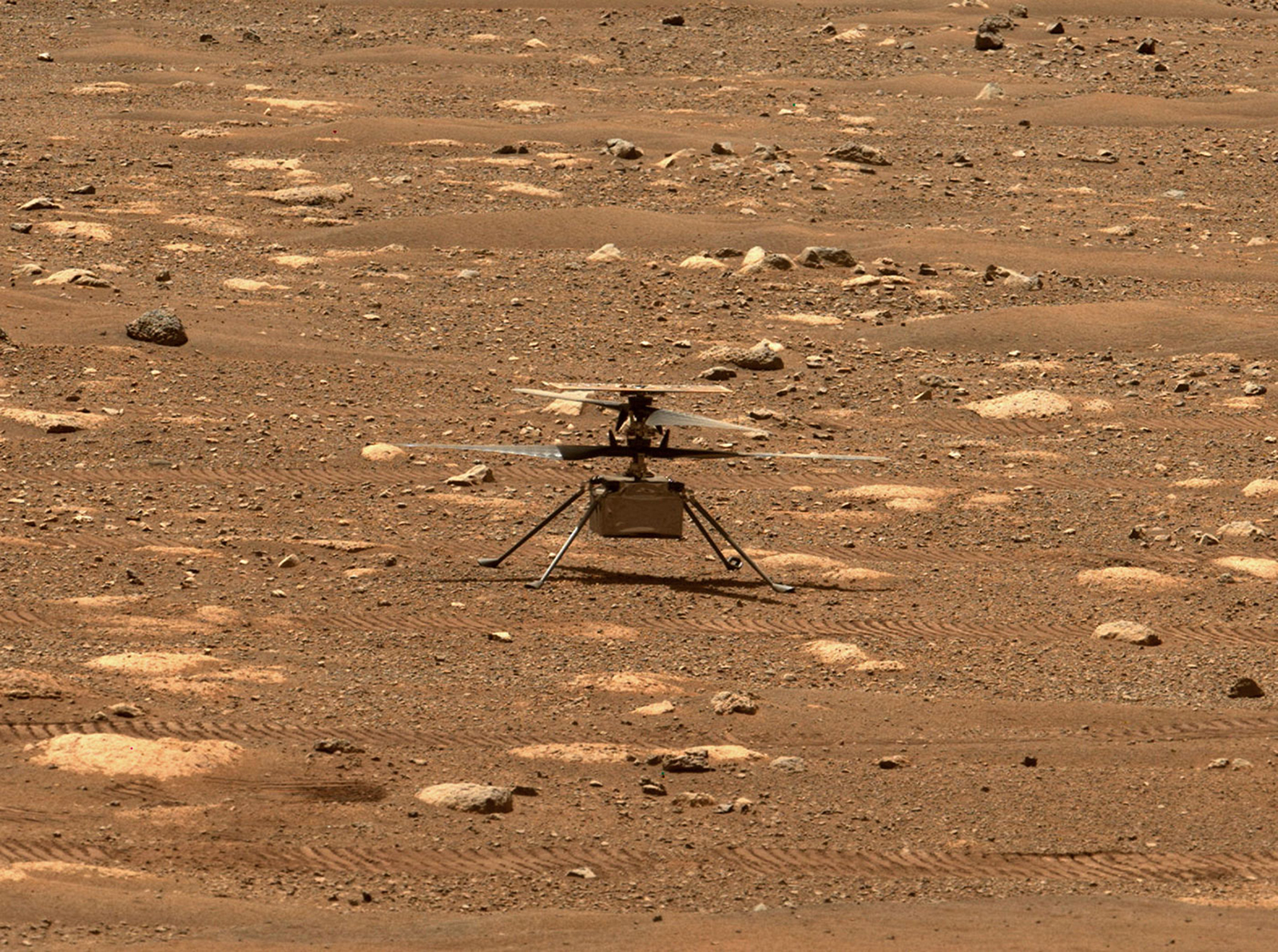 The first flight of the Ingenuity helicopter on Mars is still delayed, but the mission’s team is working on a solution to make it possible.

The helicopter returned data to mission teams on Earth late Friday evening that caused NASA to reschedule the first flight. Ingenuity conducted a high-speed test of its rotors Friday, but the command sequence ended early due to a watchdog timer that expired.

This early end of the test happened when the helicopter was trying to shift the flight computer from preflight into flight mode.

The helicopter remains healthy and is sending back all of its data. Over the weekend, the Ingenuity team tested a multitude of solutions. They determined that modifying and reinstalling the helicopter’s flight control software is the best way to fix the issue.

The software fix will change the way the helicopter’s two flight controllers start up. This should ease the transition from preflight to flight for both the hardware and software.

The Ingenuity team is reviewing these software modifications and using testbeds to validate them at NASA’s Jet Propulsion Laboratory in Pasadena, California, which manages the mission.

Multiple steps need to happen now to ensure this update goes through ahead of Ingenuity’s first flight.

Once the software solution is developed and has been tested and approved, then it needs to be loaded to the Perseverance rover, which acts as a base station for Ingenuity. The helicopter will then boot up the new software.

Then, the high-speed test of the rotors will need to be rescheduled, as well as the first flight.

All of these steps will take time, according to the mission team.

“Our best estimate of a targeted flight date is fluid right now, but we are working toward achieving these milestones and will set a flight date next week,” according to an update from NASA. “We are confident in the team’s ability to work through this challenge and prepare for Ingenuity’s historic first controlled powered flight on another planet.”

The helicopter is a technology demonstration, meaning that it’s an experiment to test out concepts, so these challenges are expected, NASA officials said. It also means the Ingenuity team is being deliberate with each step leading up to the first powered, controlled flight on another planet.

Meanwhile, the Perseverance rover is observing its surroundings, taking new images and preparing a test of its MOXIE instrument — which is also a technology demonstration.

The small MOXIE experiment will switch on and convert carbon dioxide into oxygen for a couple of hours every month or two of the mission, using about a day’s worth of energy on the rover. It will only produce about 10 grams of oxygen an hour — enough for half of an average size adult.

The MOXIE team will apply lessons learned for developing a larger and more powerful system for a manned mission. Astronauts could one day use this oxygen on Mars for life support systems as well as generating fuel.

Sign up here for Wonder Theory, our CNN science newsletter

When Ingenuity is able to fly on Mars for the first time, the 4-pound helicopter will fly for about 40 seconds total. The helicopter will spin up its two 4-foot blades, rise up 10 feet (3 meters) in the air, hover, make a turn, take a photo, and touch back down on Mars.

If this first flight is successful, Ingenuity could fly up to four more times in the weeks after.

The little helicopter has checked off multiple milestones so far, like wiggling its blades and surviving the freezing cold nights on Mars.

Now, it needs to autonomously fly through the thin Martian atmosphere, with no help from its teams on Earth. Radio signals take 15 minutes and 27 seconds to cross the current gap between Earth and Mars, which spans 173 million miles (278.4 million kilometers).

Perseverance will be parked at an overlook 215 feet (65 meters) away from the helicopter so it can safely watch the flight and capture images and videos.