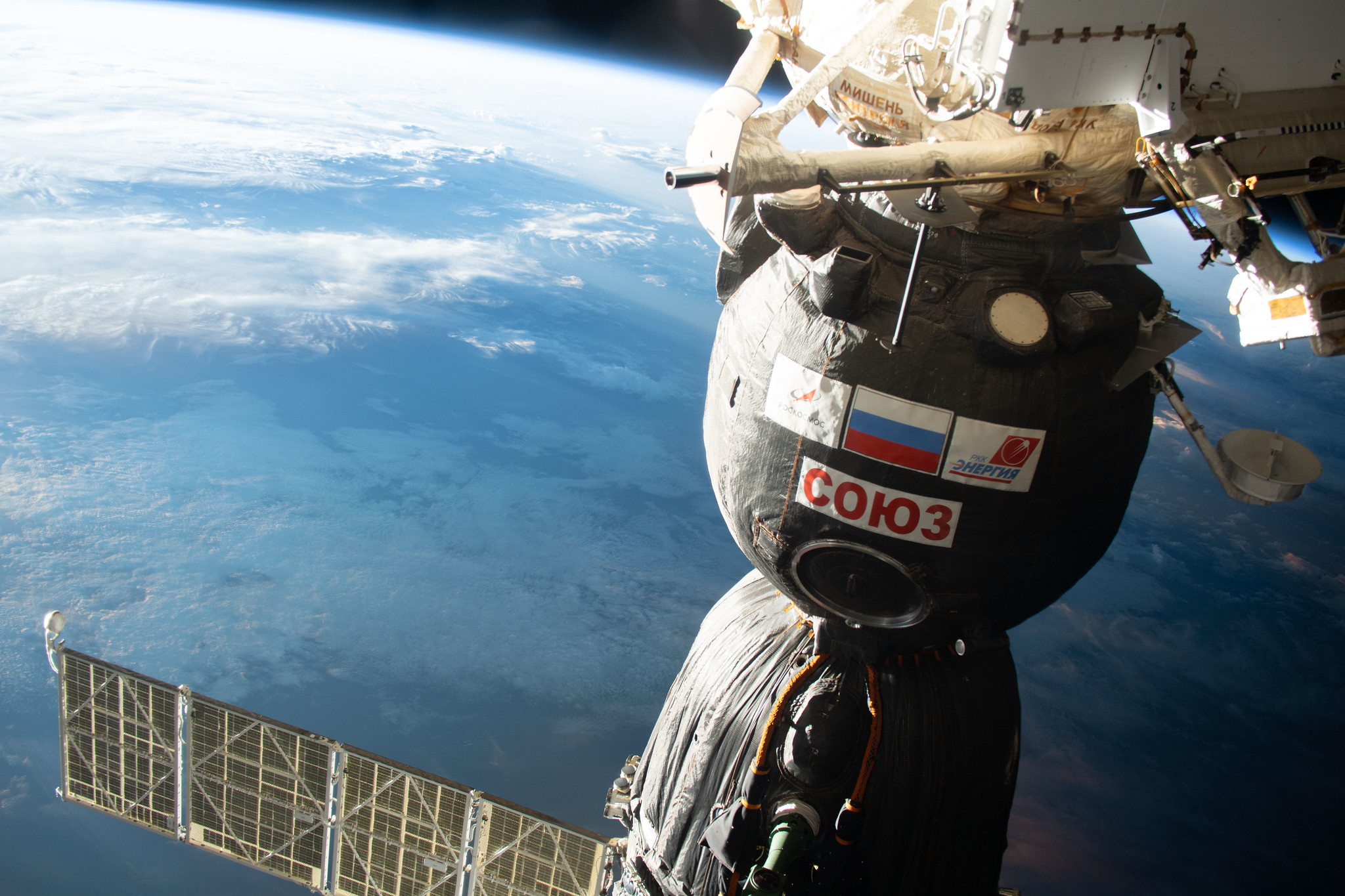 The astronauts on the International Space Station have already conducted five spacewalks so far this year — and now they have relocated a spacecraft outside of the orbiting laboratory.

Russian cosmonauts Sergey Ryzhikov and Sergey Kud-Sverchkov, along with NASA astronaut Kate Rubins, flew the Soyuz MS-17 capsule from its current port to another one on Friday.

The maneuver was streamed live on NASA’s TV channel and website.

Ryzhikov, Kud-Sverchkov and Rubins arrived on the space station in the Soyuz capsule after launching from the Baikonur Cosmodrome in Kazakhstan in October.

The crew members moved the spacecraft from the Rassvet module, which has an Earth-facing port, and relocated it to the Poisk docking port, which faces space. Undocking occurred at 12:38 p.m. ET and docking was confirmed at 1:12 p.m. ET.

Video of the relocation provided a scenic tour of the outside of the space station.

This will free up the Rassvet module port for another crew arriving next month on the space station via the Soyuz MS-18 spacecraft. The incoming crew includes NASA astronaut Mark Vande Hei and Roscosmos cosmonauts Oleg Novitskiy and Pyotr Dubrov. They will launch April 9 from Kazakhstan.

Rubins, Ryzhikov and Kud-Sverchkov will return to Earth in the Soyuz MS-17 spacecraft on April 17.

This type of reconfiguration last occurred in August 2019 and is the 15th Soyuz port relocation in the 20-year history of astronauts living on the space station.

Members of the historic NASA-SpaceX Crew-1, including NASA astronauts Victor Glover Jr., Mike Hopkins, Shannon Walker and Japanese Aerospace Exploration Agency astronaut Soichi Noguchi, who launched from the US to the space station in November, will also return after the launch of Crew-2 next month.

Crew-2, which could launch April 22, will join Crew-1 on the space station before Crew-1 returns to Earth.