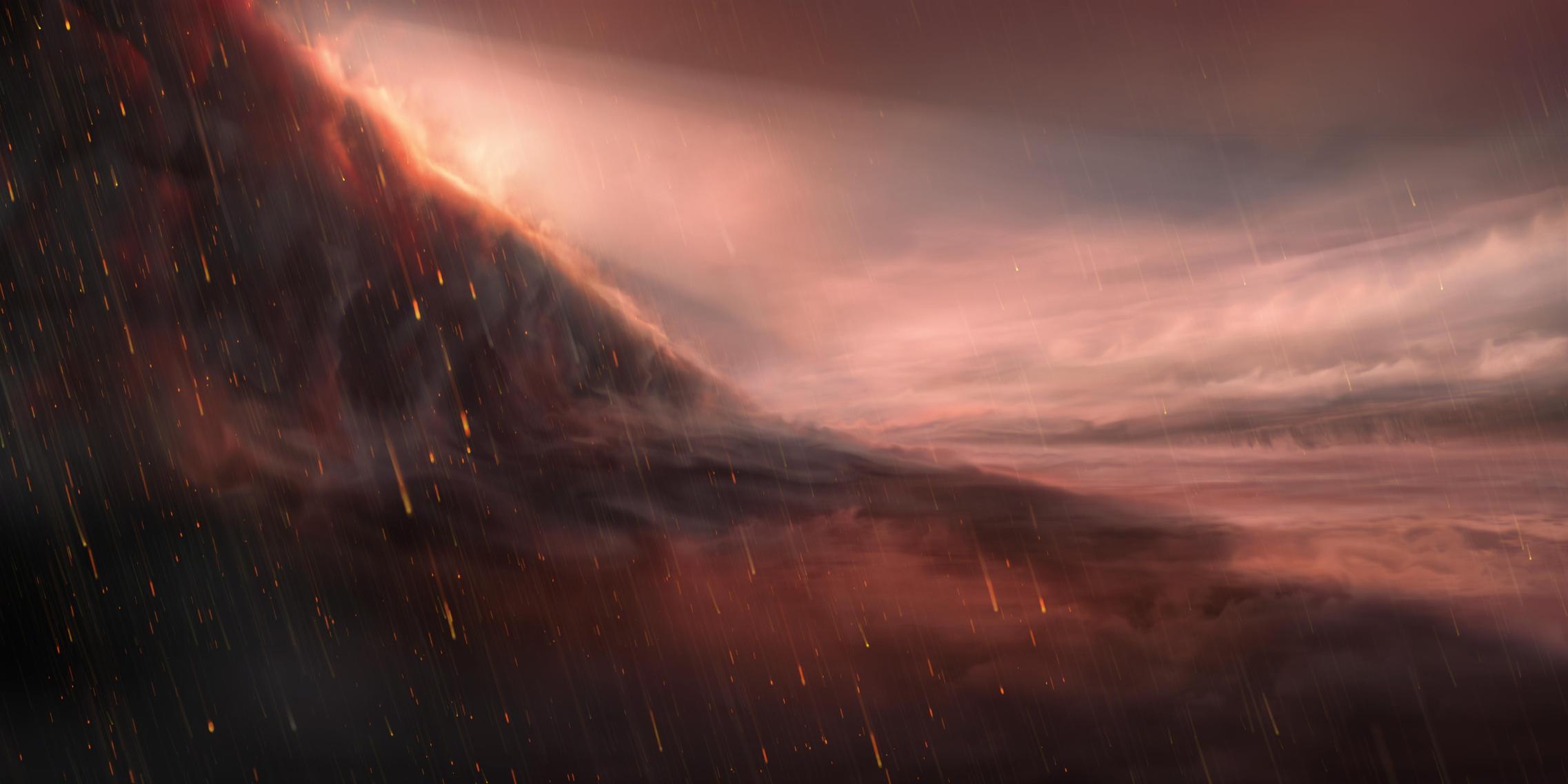 Our solar system boasts a diverse range of planets, but some of them may share a common phenomenon with Earth: raindrops.

Rain on other planets is something scientists are still striving to understand, but new research has suggested raindrops themselves are incredibly similar even in different planetary environments.

The more scientists know about clouds and precipitation on other planets, the better they can predict planetary climates and unlock the past climate on planets such as Mars or Saturn’s moon Titan.

Now, researchers have determined they can calculate aspects of raindrops on other planets and moons across our solar system, including their shape, falling speed and evaporation speed.

Based on this research, scientists were able to determine that raindrops exist within a narrow size range as they fall from clouds to the surface, no matter their compositions or the different atmospheres or environments in which they exist.

The study was published last week in the American Geophysical Union’s Journal of Geophysical Research: Planets.

The rain we encounter on Earth is composed of water droplets, but that’s not necessarily the case on other planets.

Sulfuric acid rain forms in Venus’ atmosphere but evaporates before it can hit the ground. Carbon dioxide, or dry ice, drifts down like snow on Mars. Jupiter has become known for its helium rain, and ammonia “mushball” hail and methane rain down on Titan. Steady rains of tiny, glittering diamonds may fall on Neptune.

On planets outside of our solar system, known as exoplanets, scientists believe it only gets weirder.

The ultrahot gas giant exoplanet known as WASP-76b is where droplets of iron rain down from the sky at night.

Scientists believe that on the exoplanet’s dayside, blazing temperatures, which are hot enough to turn molecules into smaller atoms and metal into vapor, create iron vapor. Rapid winds carry this over to the nightside, where relatively cooler temperatures hover around 2,240 degrees Fahrenheit. The iron vapor condenses into clouds, causing rains of liquid iron.

Sign up here for Wonder Theory, our CNN science newsletter

No matter how wildly different these types of rain can be, scientists have determined that the size of the raindrops is governed by the strength of the planet’s gravitational pull. The stronger the gravity, the smaller the size of the raindrop. Temperature, air pressure, relative humidity and distance to the ground were also factors.

For instance, raindrops can range only from about 0.1 millimeter to several millimeters in radius on rocky planets such as Earth or Mars and still reach the surface of the planet.

The size range grows on other types of planets, reaching a maximum between one-half to six times the size of raindrops on Earth.

“There’s a fairly small range of stable sizes that these different composition raindrops can have; they’re all fundamentally limited to be around the same maximum size,” said lead study author Kaitlyn Loftus, a graduate student in Harvard University’s Department of Earth and Planetary Sciences, in a statement.

This research not only provides insight about planets in our own solar system, but those outside of it. The math and physics modeling from this study could be used to model precipitation on exoplanets and better understand the observations made of atmospheres on these alien worlds.

NASA’s James Webb Space Telescope, scheduled to launch in October, will be able to peer into the atmospheres of exoplanets.

The rain on other planets could actually be used to help identify whether they are, or were, potentially habitable.

“The life cycle of clouds is really important when we think about planet habitability,” Loftus said. “But clouds and precipitation are really complicated and too complex to model completely. We’re looking for simpler ways to understand how clouds evolve, and a first step is whether cloud droplets evaporate in the atmosphere or make it to the surface as rain.”

“The humble raindrop is a vital component of the precipitation cycle for all planets,” said senior study author Robin Wordsworth, an associate professor of environmental science and engineering at the Harvard John A. Paulson School of Engineering and Applied Sciences, in a statement. “If we understand how individual raindrops behave, we can better represent rainfall in complex climate models.”

Even if the material of the raindrop is different, the shape is largely the same. The droplets start out as small spheres, growing in volume as they form in the clouds, which leads to a half-circle shape.

“The insights we gain from thinking about raindrops and clouds in diverse environments are key to understanding exoplanet habitability,” Wordsworth said. “In the long term, they can also help us gain a deeper understanding of the climate of Earth itself.”