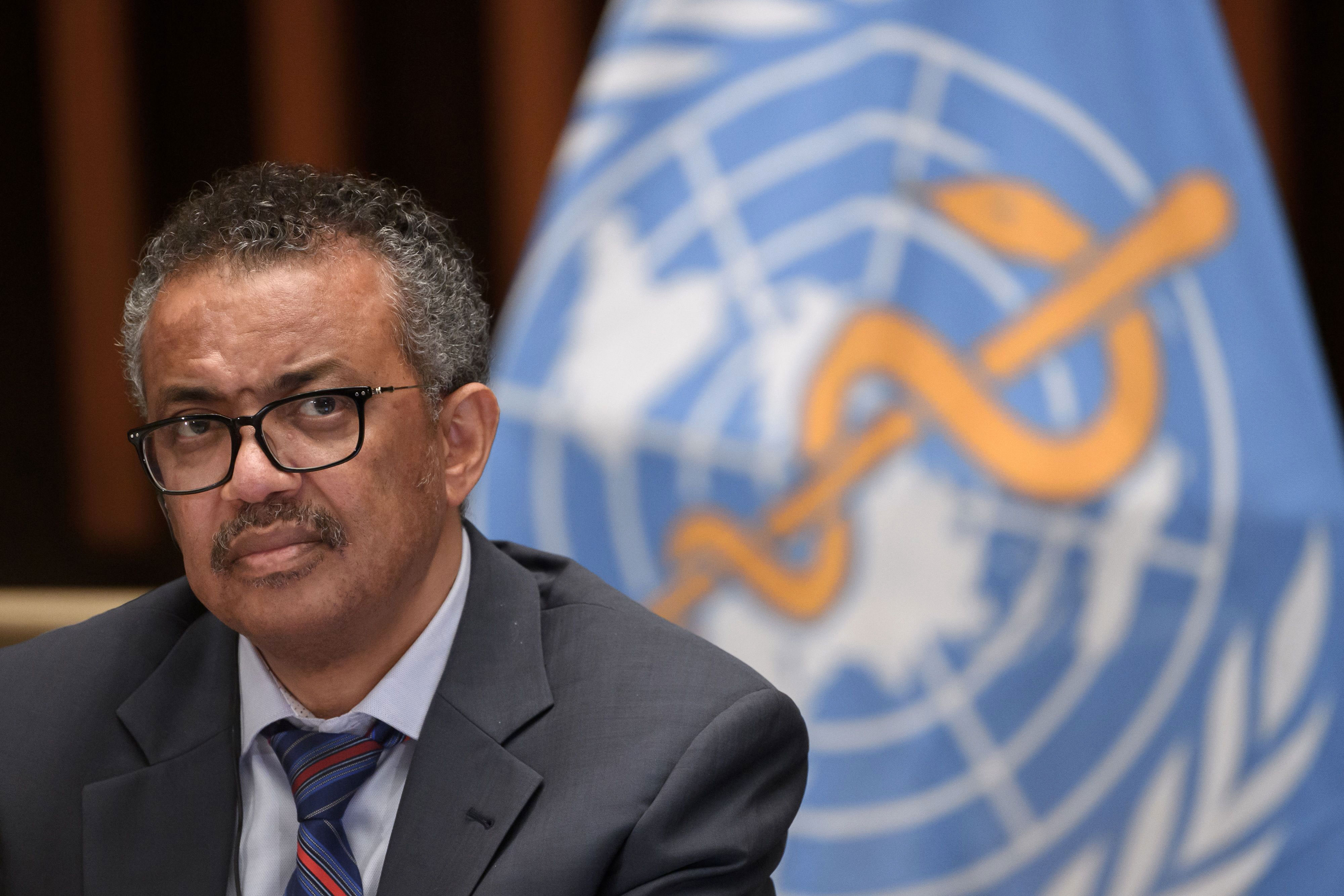 The World Health Organization has warned that the world needs a “reality check” on the state of the pandemic, as countries abandon restrictions despite four weeks of rising deaths and seven weeks of rising cases globally.

“This is not the situation we want to be in 16 months into a pandemic, where we have proven control measures. It is time right now where everyone has to have a reality check about what we need to be doing,” van Kerkhove told a news briefing Monday.

Those spikes are occurring despite more than 780 million vaccine doses being administered globally, he said, adding that while vaccines were a vital and powerful tool, they were not the only ones available.

Over the last week in India, all-time high tallies of infections were recorded, as the country of nearly 1.4 billion people continues to roll out one of the world’s fastest vaccination drives.

The country reported 161,736 new coronavirus cases on Tuesday, a slight dip following six consecutive days of record single-day rises, according to a CNN tally of figures from the Indian health ministry. India’s total caseload stands at more than 13.5 million — second only to the United States and Brazil — including nearly 170,000 fatalities.

India’s total caseload stands at more than 13.5 million — second only to the United States and Brazil — including nearly 170,000 fatalities.

Iran, which has the the highest number of cases and deaths in the Middle East, entered its fourth wave of the pandemic last week, the country’s health ministry said last week.

The country’s total number of Covid-19 related cases have surpassed 2 million since the beginning of the pandemic, with over 4,200 patients currently hospitalized in ICU, a spokesperson for the Ministry of Health said Thursday.

More than 4,200 patients are currently hospitalized in Iranian ICUs and on Saturday the government imposed a 10-day lockdown across most of the country.

In Brazil, coronavirus cases are spiralling out of control; 4,195 people were recorded dead in just 24 hours last Tuesday, the country’s deadliest day of the pandemic yet. While the state of Sao Paulo and the city of Rio de Janeiro rank among the worst in the country for Covid-19 deaths, both eased restrictions on movement on Monday.

Sao Paulo authorities justified the reopening of schools, sports events and construction stores by pointing out that occupancy rates in intensive care units in the state have fallen from 90.5% to 88.6%.

“This measure clearly shows that the effort made in recent weeks is beginning to give results,” said vice-governor Rodrigo Garcia during a news conference on April 9. But daily numbers are still very grave — on Friday alone, the state registered over 20,000 new cases.

Meanwhile, in the city of Rio de Janeiro, ICU occupancy rates are higher at 92%, but Mayor Eduardo Paes nevertheless has decided to ease restrictions, saying that, “our reality does not allow lockdown,” during a press conference on Friday, adding that shop owners and the general population suffer economically from such measures. Still, he said, “This is no time to relax.”

In Europe, many countries are navigating in the throes of a worrying third wave, with a more contagious variant of the virus appear to be the common culprit behind the chaos in Europe.

Two new studies suggest that the B.1.1.7 coronavirus variant, which was first identified in the United Kingdom, is more transmissible, but the variant does not appear to affect disease severity in someone who gets Covid-19. The new findings clash with separate research that previously suggested the variant may be tied to a higher risk of dying from Covid-19.

In Germany, cases are on the rise, with healthcare workers “breaking down” and the country’s ICU bed occupancy reaching its “peak,” according to the director of the German intensive care association, who warned on Saturday that even with a hard lockdown, numbers will be rising for the next 10-14 days.

Last month, critics warned that Europe’s coronavirus restrictions have come too late and that the continents current problems can be traced back to politicians too eager to start easing.

On Monday, German Chancellor Angela Merkel emphasized the urgent need for people to be vaccinated to break the third wave.

Meanwhile, England lifted restrictions after more than three months of lockdown on Monday, in a step that UK Prime Minister Boris Johnson said was a “major step forward” for the country’s “roadmap to freedom.”

As part of “Step 2” in the country’s exit out of lockdown, non-essential shops, gyms, hairdressers, beauty salons and zoos reopened, as well as outdoor areas of pubs and restaurants.

The lifting of measures coincided with the UK reaching its Covid-19 vaccination target of offering a dose to all adults over 50, the clinically vulnerable and social care workers, the British government said Monday.

Nearly 40 million vaccines have now been given in total in the UK, with adults under 50 expected to begin to be invited in the coming days.