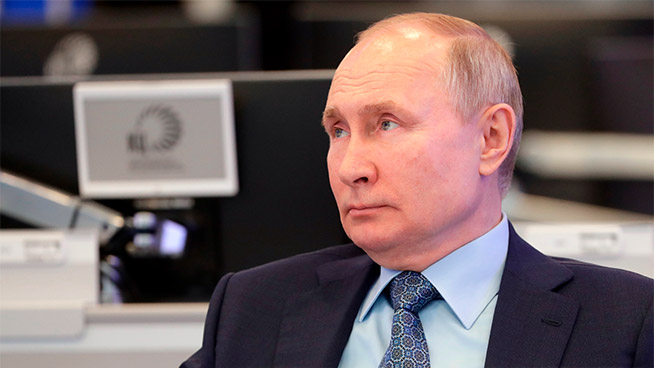 Russian President Vladimir Putin visits the Coordination Center of the Russian Government in Moscow, Russia, Tuesday, April 13, 2021. The centre was set up as a line of communication with the whole of Russia for analysing and collecting information, promptly using big data and solving arising problems. (Mikhail Metzel, Sputnik, Kremlin Pool Photo via AP)

WASHINGTON (AP) — The White House is announcing the expulsion of 10 Russian diplomats and sanctions against dozens of people and companies. The moves are to hold the Kremlin accountable for interference in last year’s presidential election and the hacking last year of federal government agencies. The sanctions, announced Thursday, represent the first retaliatory actions announced against the Kremlin for the hack, familiarly known as the SolarWinds breach. Russia swiftly denounced the actions and warned of retaliation. The U.S. measures signal a harder line against Russian leader Vladimir Putin, whom President Donald Trump was reluctant to criticize even as his administration pursued its own sanctions.

This afternoon, I’m delivering remarks on the new sanctions the United States is imposing on Russia. Tune in. https://t.co/p17h2rnL0t