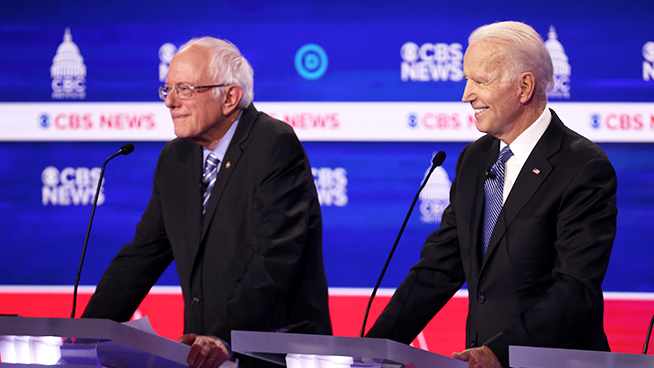 “I am asking all Americans, I’m asking every Democrat, I’m asking every Independent, I’m asking a lot Republicans, to come together in this campaign, to support your candidacy, which I endorse, to make certain that we defeat somebody who I believe, I’m speaking just for myself now, is the most dangerous president in the modern history of this country.” Sanders expressed to Biden.

The surprise endorsement came shortly after Sanders dropped out of the presidential race. When he originally dropped out, he said he would continue to collect delegates toward the nomination so that he could influence policy at the convention later this summer.

However, today, Sanders said that both his and Biden’s staff have been working together to create task forces to analyze issues facing this country such as the economy, educational systems, climate change, criminal justice, immigration reform and healthcare.

Bernie Sanders openly admitted to the differences he has with Joe Biden, but he hopes the task forces will come together to work out real solutions for the important problems the country faces today.

The former presidential candidate also addressed President Donald Trump threatening to fire Dr. Fauci who has been, “Day after day the voice of science to the American people trying to explain how we go forward in this crisis”.

For these reasons and many, many more, Sanders believes, “We’ve got to make Trump a one term president and we need you [Biden] in the White House. I will do all that I can to see that that happens, Joe.”

Sanders aimed to encourage people to remain positive stating, “It’s imperative that all of us work together, to do what has to be done, not only in this moment, but beyond this moment in the future of this country.”

Listen to the full livestream below.

We must come together to defeat the most dangerous president in modern history. I’m joining @JoeBiden‘s livestream with a special announcement. https://t.co/AC3zh3ChX3