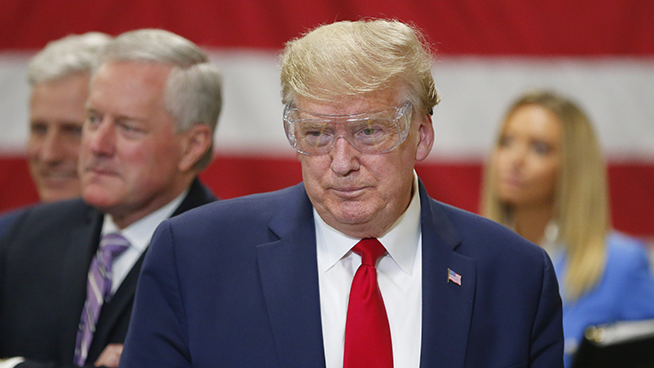 Thursday morning CNN reported that one of President Trump’s valets has tested positive for COVID-19.

The Presidential Valet is an elite military unit that has duties including everything from traveling the president to being responsible for his food and beverage needs. Trump was reportedly upset upon discovering this and was tested again. The President’s test came back negative, but it does raise concern since Trump and his Vice President Mike Pence have so far been refusing to wear the masks that medical experts have prescribed.

So far, top White House officials have been using the rapid Abbott Labs test weekly on staff entering the building and Trump later today told reporters that he would now be tested daily. However, the President’s confidence does not seem to be shaken too much.

“The test result comes back in five minutes, and we have great testing. Or they wouldn’t be allowed to travel with me,” Trump said. “It’s not my choice; it’s a very strong group of people that want to make sure they are tested, including Secret Service.”

Arguably the most dangerous facet of COVID-19 is that it can take 2-14 days for infected persons to show symptoms. This means that it is feasible that White House staffers, who are tested regularly, could still contract and transmit the disease between testing occurrences.

According to the CDC, the virus is mainly spread through respiratory droplets of infected hosts. Cough, shortness of breath, difficulty breathing, fever, chills, muscle pain, sore throat, and new loss of taste or smell are all common symptoms. If you have tested positive the agency suggests a self-quarantine by staying home until 14 days after their last exposure, take your temperature twice a day, and monitor your symptoms. Immediate medical assistance should be sought if exhibiting the emergency medical signs which include: trouble breathing, persistent pain or pressure in the chest, new confusion or inability to arouse, bluish lips or face.